The police have also detained several NSUI workers and taken them to an open jail. Some of the protestors have also sustained injuries in police lathi-charge.
Staff Reporter 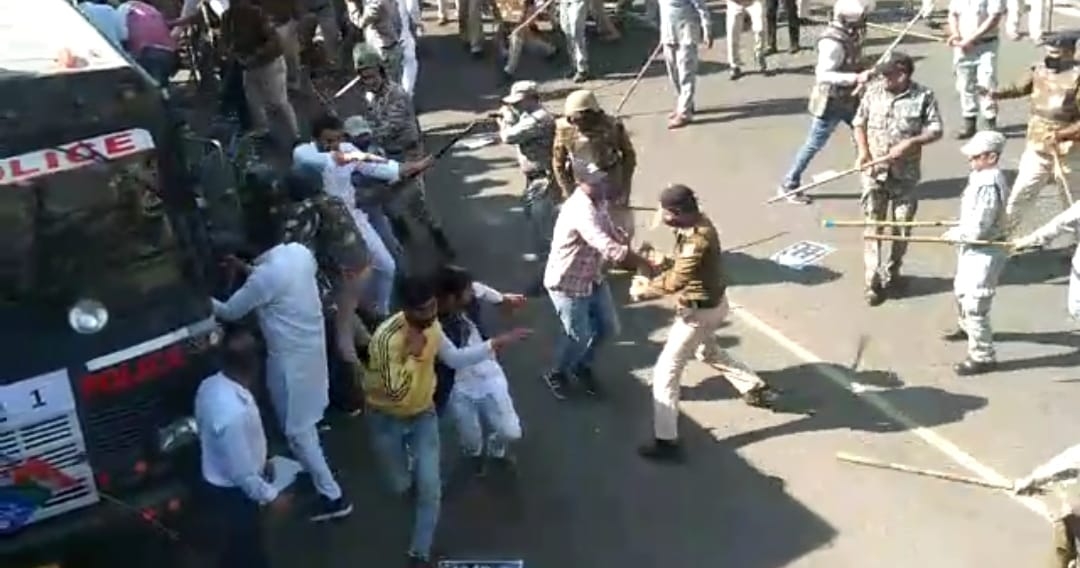 Bhopal (Madhya Pradesh): The police resorted to lathi-charge after National Student Union of India (NSUI) workers, protesting against New Education Policy, tried to break the barricade and reportedly threw stones at police in Bhopal on Thursday.

The police have also detained several NSUI workers and taken them to an open jail. Some of the protestors have also sustained injuries in police lathi-charge.

A large number of NSUI workers from across the state gathered at Pradesh Congress Committee Office here in Bhopal Thursday morning and started a protest against New Education Policy and inflation.

They took out a rally from the PCC Office and were marching towards Chief Minister House to state a gherao. 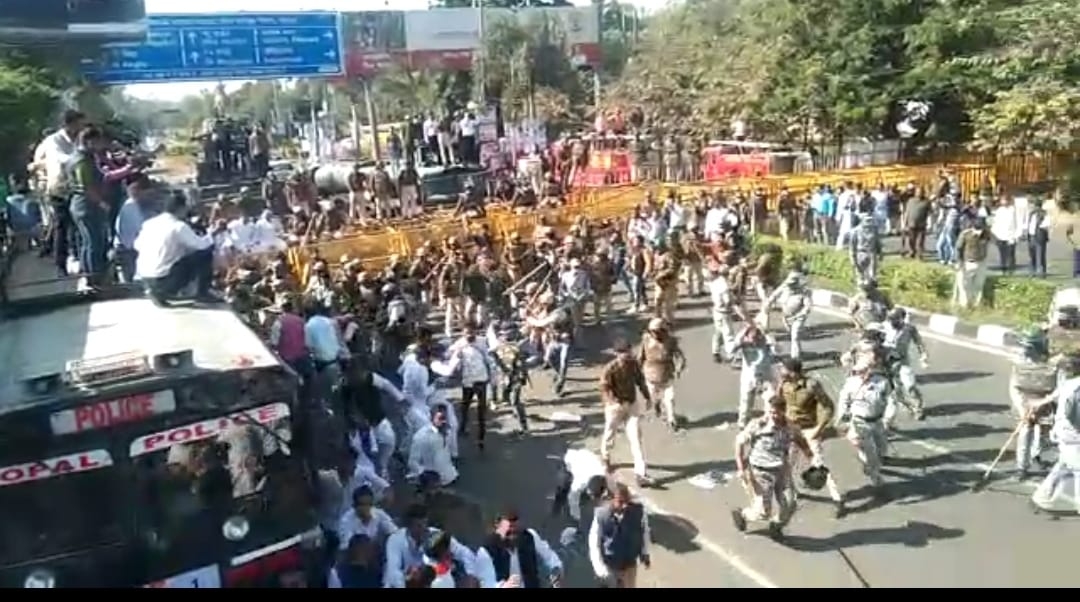 As the police had put barricades at Red Cross Square, a few meters away from PCC Office, the NSUI workers tried to break the barricades. They had an altercation with police personnel.

Eyewitnesses said that some of the NSUI workers threw stones at the police team. This forced the police to resort to cane charge to disperse the unruly protestors.