Patwari aspirants first tried to reach CM’s residence but they were then advised to approach the minister.
Staff Reporter 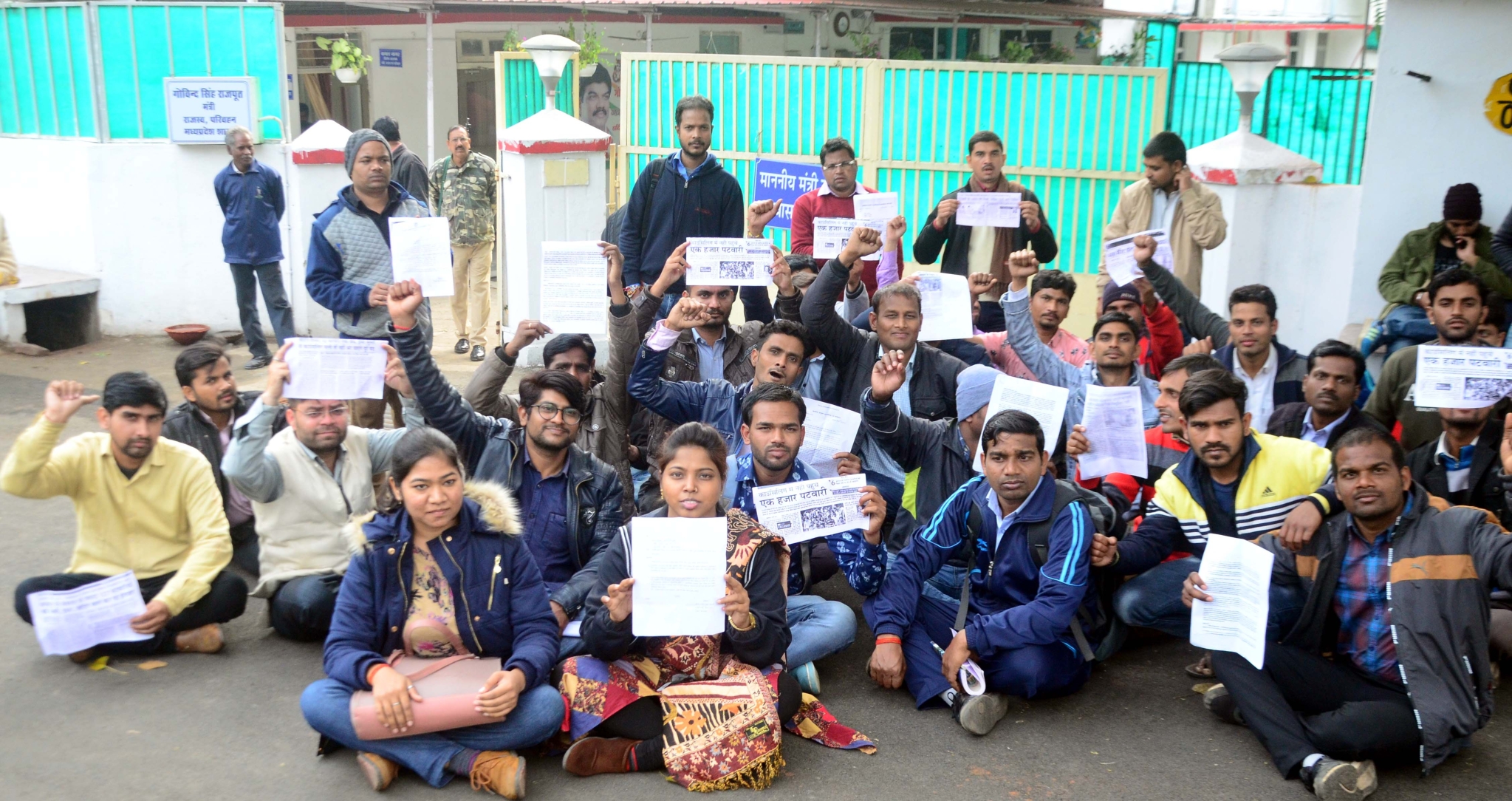 Patwari applicants stage a sit-in in front of the house of revenue and transport minister, Govind Singh Rajput, in Bhopal, on Tuesday. |

BHOPAL: Patwari candidates protested at revenue minister Govind Singh Rajput’s residence on Tuesday. Minister was not at home but they met his representative. A meeting with minister has been fixed for January 18.

Patwari aspirants first tried to reach CM’s residence but they were then advised to approach the minister. Then they reached the minister’s residence where they met his representative Kamal Nagar. After talking to minister Nagar said that a meeting has been fixed on January 18 where senior officials of the department will also remain present.

Patwari aspirants, through their memorandum have asked the reason as to why their counseling is being held offline whereas initially it was done online. Why did the department remove 10 districts from counseling list at the last moment?

Officials are constantly contradicting on number of vacant posts. About 1200 posts were showed vacant at the time of first counseling that was later reduced to 450 posts whereas only 100 candidates have been given posting till date.

These aspirants also questioned as to why the data related to counseling is not being posted on department’s website. Why are the posts being filled on the basis of ‘upgrade’ when these were to be filled through counseling, asked the aspirants?

Some of the aspirants said that lack of transparency on available posts and wasting time in ‘upgrade’ process indicates something fishy in the department.