Madhya Pradesh: None to hear 25,000 sex workers’ pangs of hunger in pandemic

Deprived of income, their hunger to tell a tale

Around 25,000 sex workers across the state are ached with hunger due to the corona pandemic.

They hunger to tell their tale, but the government does not want to listen to their yarns, and the society cannot stand them.

According to some voluntary bodies working for their uplift, the number of sex workers may be higher than that of the available data, because the last census of these people was held in 2011.

According to some of the voluntary organisations, women of Bedia and Bachda communities are involved in this profession. Nearly 1.04 lakh members of these communities, including males, live across the state.

Around 18, 000 Bachdas live in Neemuch, Mandsaur and Ratlam districts.

Nearly 8,000 women of the community are in this profession. They earn Rs 100-2,000 a day, said Shameel Chauhan, a social activist.

Twenty-year-old Neetu who belongs to the Bachda community and who lives in Mandsaur, has been in this profession for nine years.

She told Free Press over phone: “Bahot pareshani hai didi... (We are in big trouble).”

The long haul of lockdown has shut Neetu’s business, but she has to feed ten members of her family. Before the lockdown, she used to earn Rs 400 a day. The ration distributed by an NGO ten days ago is about to finish, and there is no help from the government, she said.

Neetu has two minor children who she cannot afford milk, so she gives water to her younger child. She also cannot get loans because of the pandemic.

Similar is the story of 30-year-old Devkanya Malviya of Bachda community in Neemuch. She took to the profession when she was 17.

“Income bandh ho gaya hai to pareshani to hogi na maidam… Income has stopped, so there will be problems,” she said.

Sole bread winner of the family, she has to feed nine members. Some of her family members do farming, but it is not enough, she said, adding that, getting a morsel of food has become difficult because of the lockdown. Her family sometimes cannot afford vegetables and flour, so they eat rice and pickle made of chilli, Devkanya said.

She said before the lockdown she earned Rs 300 a day. She has two daughters aged seven and 11. There is drought of government aid, and she does not have a ration card for which she had met the Sarpanch of her village, but it came to naught, Devkanya said.

Thirty-year-old Chandni from Bedia community, who lives in Morena with her mother and a daughter, has almost nothing to eat. Her business is closed, and the ration given by an NGO is over and done with.

“Lockdown mein hum kahan jayen, kya karein, Karja lekar kabtak khayenge … (Where should we go; what should we do; and for how many days we will survive on loan),” she said. Before the lockdown, she used to earn 700 to 1000 a day.

Likewise, Sangeeta, 32, who belongs to Bachda community, lives with her family comprising 15 members. She is left with a little more ration, but she cannot survive on it.

Munni Devi, 70, is from Bedia community, she lives alone in Morena. Her son and daughter-in-law, both daily labourers, are stranded somewhere.

Rohini Chhari, who is working for Bedia Community in Morena, said the condition of sex workers was not better than that of migrant labourers. They have lost their business, and their family members working on daily wages are out job. She said she had arranged for ration for a few sex workers through some of the NGOs. During the first phase of the lockdown, 40 families of the community had to starve for nearly four days. She said most of the sex workers did not have caste certificate, so they cannot get benefits of government schemes. Officials demand the name of the father of a person for making certificate, she said.

President of Naya Jeevan Gyan Prachar Samiti, Neemuch, Shameel Chauhan, who is working for Bachda Community said the lockdown hit the business of sex workers. They are deprived of ration and of health checked-up facility. They got food grains from private NGOs like ActionAid, GiveIndia and Helo. 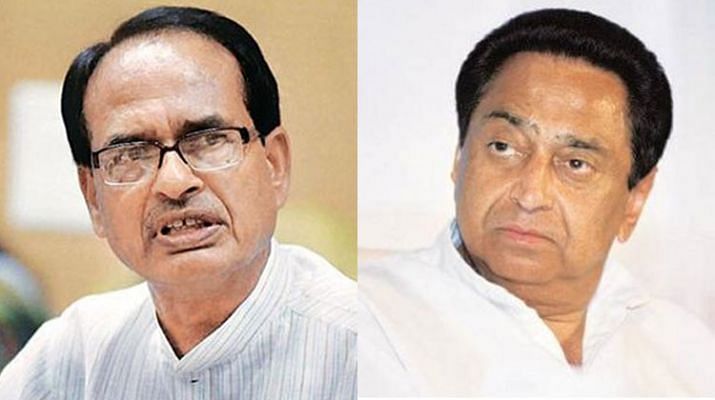 HomeBhopalMadhya Pradesh: None to hear 25,000 sex workers’ pangs of hunger in pandemic