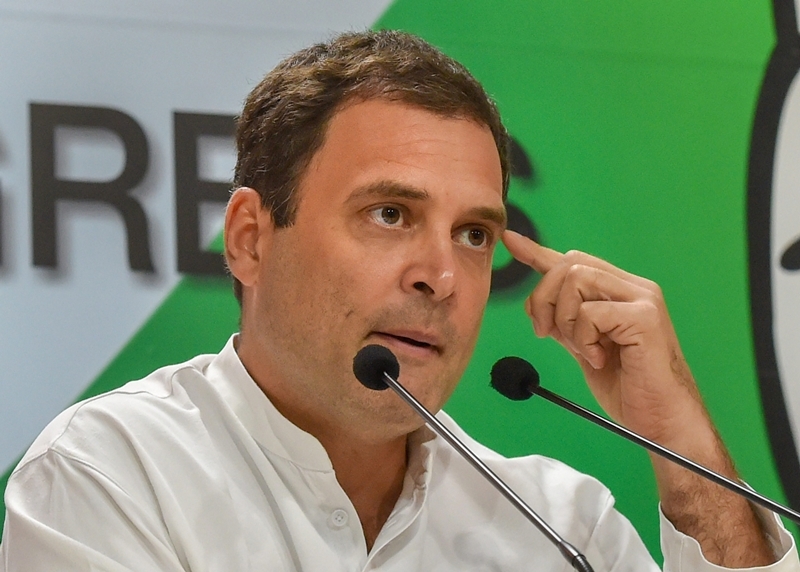 Bhopal: Congress ministers utterly failed to mobilize crowd for the rally, organised for the first time after the formation of the party’s government in the state. The event, scheduled to start at 2, began an hour late because of the low turnout of the public. Eying on the upcoming Lok Sabha elections, the party had organised the rally to express gratitude towards Congress national president Rahul Gandhi for implementing farm loan waiver in Madhya Pradesh.

The party had set a target to bring 2 lakh farmers in the rally and had given responsibility to each minister to ensure huge turnout, however the minister failed to deliver. The party had made huge arrangements expecting huge turnout, but almost half of the pavilion remained vacant.

Four tucks had offloaded chairs at the venue; however, most of them remained unoccupied for the want of people. Since the marquee was almost empty, the programme was delayed by an hour. AICC national president Rahul Gandhi and others arrived at the venue around 3, and as a face saver, the occupancy had improved a bit by then, but far from the satisfaction of the party.

Gandhi accompanied by chief minister Kamal Nath and MP Jyotiraditya Scindia took chopper. The three leaders after alighting from the helicopter walked down to the venue. All 28 ministers of Congress government and local MLAs were present on the dais.

Meanwhile, Former BJP minister and five-time MP Ramkrishna Kusumaria joined the Congress in presence of Gandhi. “The BJP has forgotten to pay respect to their senior leaders but Congress party always give due respect to its seniors, so I have joined the party,” said Kusumaria while shifting to Congress camp.

Scindia in his address said the Congress government is of farmers, poor, youths and women. Former chief minister Digvijaya Singh, also on the dais, sat quietly in his chair and chose not to address the meeting. AICC general secretary and state in-charge Deepak Bawaria, who had flown down to the state capital from Delhi to attend the rally, slammed PM.

“The work of Prime Minister Narendra Modi is to threaten people by using CBI and Enforcement Directorate. Why he is not taking any action against the son of BJP national president Amit Shah, who had earned thousands of crores in short time,” said Congress leader. The meeting started with the National Song ‘Vande Matram’ and ended with National Anthem.