The police station in-charge Alok Shrivastava told the media that the victim had a dispute with her husband and left the husbandís house. Later, she started living in a rented house along with her two children.

Bhopal (Madhya Pradesh): A mother of two children has filed a rape complaint against a man with whom she was living after separating from her husband. According to Aishbag police, the woman in her complaint stated that the accused raped her on the promise of marrying her. The woman filed the complaint after she came to that the man secretly got married to another woman, police said on Wednesday.

Police station incharge Alok Shrivastava told mediapersons that the victim had a dispute with her husband and left the husbandís house. Later, she started living in a rented house along with her two children.

She came in contact with one Karan Singh Rajput who promised her to help her and also will marry her when he gets a good job. Karan works in a private company.

Recently the victim mounted pressure on Karan for marriage, on which he tried to escape the situation. The victim came to know that the accused had already got married and had step back from his promise.

On the report of victim, the police registered the case under section 376 of IPC and have launched manhunt to arrest the accused. 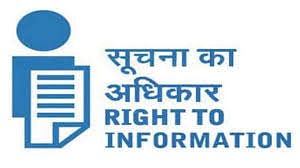