Bhopal: Laptop, iPhone for `40,000, a steal only ex-VC Kuthiala could manage 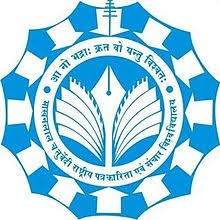 BHOPAL: Excising his clout, the then vice chancellor of Makhanlal Chaturvedi University, BK Kuthiala had bought expensive laptop and iPhone worth Rs 2 lakh from university for peanuts. The university had bought the laptop for Rs 1.17 lakh and an iPhone for Rs 65,000 for the VC office.

The concerned authorities violated the norm while fixing the price of the two article after depreciating their value, besides they did not call tender for reselling the articles, which as per rule was required.

The state government had instituted an inquiry to look into the complaints of alleged financial irregularities committed at the university during tenure of Kuthiala which lasted from 2010 to March 2018.

Kuthilaya, who during his lectures would swear by saying “ say no to alcohol,” in his personal life had a penchant for wine and liquor. On the UTD expenses, the then VC had even got a wine cabinet fitted at his residence. The university even had to bear the bill of liquor which the VC had purchased during his visit to New Delhi.

A frequent traveller, Kuthiala had London sojourn with his wife, of course on university expense. As per guideline, only VC can travel on UTD expenses and not his wife or any family member, however, Kuthilaya the power he exercised, ensured that his family tour bills were paid by the university. When the matter came to light, Kuthilaya to put a lid on the controversy, had returned the money to UTD through a cheque, but that was after four months.

VC also got two official cars allotted, one for himself and the other for his wife. On the UTD expenses, the VC also made irrelevant and unnecessary tours to the certain organisations which are widely known for their rightist ideology.

To make sure that he had required paraphernalia at his residence, the VC had deployed peons, drivers, watchmen, security guards, cooks, gardeners and others. The former VC is also accused of tax evasion.