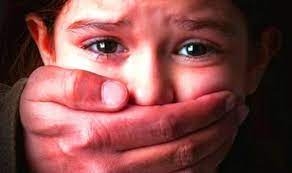 BHOPAL: Madhya Pradesh recorded highest number of cases relating to rape with children (girls) suggesting the state being the most unsafe for children (girls), as per National Crime Record Bureau (NCRB) report-2020 released on Wednesday.

As many as 3,259 girls were subjected to rape during the period which means a girl was raped almost every three hours on an average. These crimes were registered under section 376 of IPC and sections 4 and 6 of POCSO. MP was followed by Maharashtra which registered 2785 such cases and UP with 2533 cases. As far as total number of crimes against children is concerned in the state it witnessed a decline in 2020 as compared to the year 2019 but as far as crime rate it concerned it was highest in the country at 59.1. The total number of crimes against children in 2020 stood at 17008 in comparison on 19028 in 2019 and 18992 in 2018. Children were subjected to heinous crimes like murder, murder with rape, abetment of suicide, attempt to murder, infanticide, foeticide, exposure and abandonment etc. In 2020, as many as 144 children were murdered as per the report. Thus, MP stood third among states as far as murder of children is concerned. UP topped the chart with 271 murders while Maharashtra recorded 149 murder cases. Thirteen children were murdered after rape in the state, the second highest in the country after UP with 30 such cases. MP again topped the chart of crime with 73 cases as far as abetment of suicide of children is concerned (reported under section 305 of IPC followed by 59 in Maharashtra and 50 in West Bengal. After Bihar (136) and Maharashtra (37) MP had the maximum number of children- 26 on whose lives attempts were made.

Atrocities against SC/ST increase in MP