HomeBhopalBhopal: Frontline workers of Bundelkhand region learn how to save groundwater

Bhopal: Frontline workers of Bundelkhand region learn how to save groundwater

Bhopal (Madhya Pradesh): Frontline workers of six districts and nine blocks of Bundelkhand region of Madhya Pradesh were trained in how to save groundwater.

It was part of two-day gram panchayat level front line worker training –cum-workshop under Atal Bhujal Yojana at Water and Land Management Institute (WALMI) in the city which ended on Tuesday. Around 200 front line workers of Jan Abhiyan Parishad took part in it, organised by WALMI.

Joint Secretary and National Coordinator of ministry of Jal Shakti Subodh Yadav said that the Government wants to make people aware about the scheme for groundwater conservation. The scheme is being operated in seven states and implemented in those places of the states in the country where groundwater is less or on the verge of running out, he said.

He said to workers that they can organise meetings, gram panchayats in the village of their district or block for this.

He further said “Oral communication is the easiest way to make the need and importance of groundwater easily accessible to the people especially in rural areas.

Front line workers will not only disseminate the message issued by the government in these areas, but they will also embody the works under the scheme by coordinating with the people, Yadav added.

State programme director, Atal Bhujal Yojana, Jitendra Jain said the front line workers from nine blocks and six districts of Bundelkhand region were informed about how they can make people aware about how to increase the groundwater in their areas.

Additional Chief Secretary, Water Resources Department, SN Mishra, assured that in future the Scheme would be implemented as per the guidelines of the Government of India. He elaborated on the importance of groundwater and the main points of the scheme. 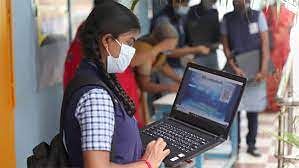