The video that went viral on social media showed Thakur playing a game of kabaddi on the premises of a Kali temple.
Staff Reporter 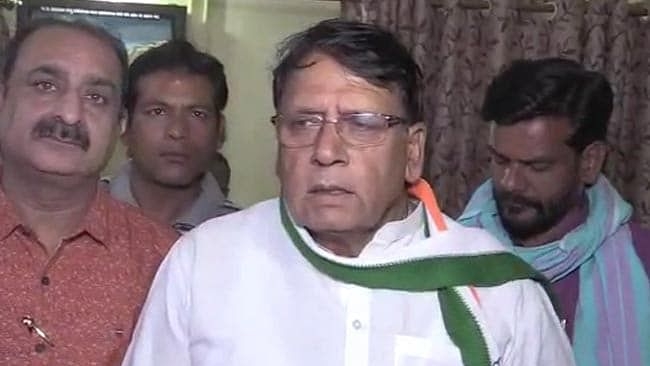 Bhopal (Madhya Pradesh): Three days after a video of BJP Member of Parliament (MP) from Bhopal, Pragya Thakur went viral on social media, senior Congress leader and MLA PC Sharma demanded the court should take cognizance and cancel the bail granted on the ground of her health condition.

“The videos, which are coming forward, show she is playing basketball, participating in Garba dance and playing Kabaddi. I request the court to cancel her bail granted on her health condition. And, she must be sent back to the place she deserves to,” Sharma told journalists here on Saturday.

The video that went viral on social media showed Thakur playing a game of kabaddi on the premises of a Kali temple.

After the viral video Pragya Thakur, who is often seen on a wheelchair in public, described the one who shot and circulated the clip as "Ravana" and said his old age and next birth will get spoiled.

Thakur was speaking during a Dussehra programme in Bhopal's Sant Nagar (Bairagarh), a Sindhi community-dominated area, on Friday night.

Earlier, another video of her taking part in a Garba dance during the just-concluded Navratri festival had emerged.

Pragya Thakur, who is also known as Sadhvi Pragya, is out on bail in 2008 Malegaon blast. She obtained the bail in the case on medical grounds. She has also skipped hearings of the case on the same ground.