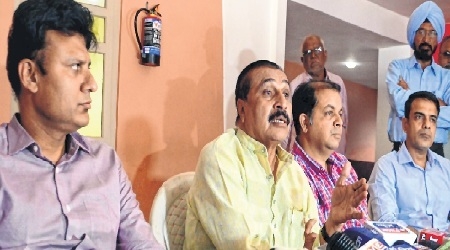 We expect favorable results. Secondly, we have filed PIL in High Court challenging civic body’s tax on cinema.” “There is already GST ranging from 18 per cent to 28 per cent. In addition to it, civic bodies have levied tax ranging from 5 per cent (below Rs100 ticket cost), 10 per cent (from Rs 100 to Rs 200 ticket cost) and 15 per cent (above Rs200 ticket cost). Beside, Bhopal Municipal Corporation (BMC) is charging Rs200 per show. In Indore, there is no such tax while in other cities; it is just Rs 50 per show. This is too much of harassment for us,” he added.

“If demands are not fulfilled, the strike will continue. But we are hopeful that UAD minister Maya Singh will take some favourable decision. In fact, it is pathetic condition with cinema hall and despite all odds, we are providing entertainment to common man at reasonable rate. In other state, there is no entertainment tax. It is Madhya Pradesh where government imposed so many taxes,” he added.