Several highly-educated and energetic females in the fray want to work for women, youth, kids

Shraddha, Lata and Rummana sound like girls next door but these aspiring politicians are fighting tooth and nail to make a name for themselves in politics as corporators.

All of them, in the civic poll fray, for the first time, want to improve civic amenities in their wards, educate children and make youth and women self-reliant.

All the three are contesting for corporator’s post from their respective wards in the Bhopal Municipal Corporation. All of them are highly-educated and most important mean business and have their priorities clear in mind.

To add, large numbers of women have got the chance to contest polls in Bhopal as half of the 85 wards have been reserved for women. Out of these, there are several first timers in the fray, across the city.

Shraddha Dubey, 25, who is contesting from Ward Number 71 as a nominee of the BJP, is an M.Sc. in Computer Science and a software developer. Lata Ahirwar ‘Bittu’, also 25, the Congress candidate from Ward Number 81, is a postgraduate in Pharmacology. Rummana Rasheed, 38, who is an Independent from Ward Number 23 is an M.Sc. and B.Ed. and also holds a diploma in IT. She runs her own school.

Shradhha and Lata don’t come from political families. Shraddha’s father is a priest while Lata’s father works for the ITC. The mothers of both of them are homemakers. Rummana, however, comes from a political family. Her father, Habib Ali, was a deputy mayor of Bhopal and was elected twice as a corporator. 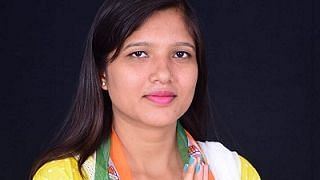 Lata says that she wants to improve the roads in her ward and ensure that water and electricity supply is smooth. She says that the BJP has been controlling the Bhopal civic body for more than 15 years now and “Badlav zaroori hai” (Change is necessary). 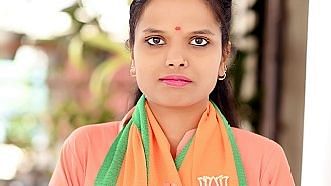 Ward no 71 candidate Shraddha says she has joined politics to serve the nation.

“People were already facing all sorts of problems and the Covid-19 pandemic has worsened the situation. Jobs have been lost and children have dropped out of schools,” she says. Shraddha wants to open a school in her ward for children. She also says that she will try to get IT centres established in the city so that the youth can get employment. She also plans to train women in various vocations so that they become self-reliant. Rummana is also concerned about the education of children and wants to start a school for the kids. “Water supply in my ward is very erratic and power goes on the blink many times every day,” she says. Rummana also has plans for opening a centre where women will be trained in stitching, weaving, cooking etc so that they can get work.

However, there are plenty of women candidates who are in the fray as their male family members haven’t got the ticket and they have been fielded to keep the family legacy alive.

Meanwhile still, presence of large numbers of these young, educated and passionate young females is promising a silver lining for city politics.