The charges against UCIL and its officials were framed in 1997. After 25 years, the two officials have found errors, omissions and irregularities in the charges framed against them.

Bhopal (Madhya Pradesh): The two convicted officials of Union Carbide India Limited (UCIL), J Mukund and SP Choudhury, have filed an application under Section 464 of CrPC to quash their conviction ordered on June 7, 2010, reframe charges and start trial afresh. They have filed an application at district court here through their lawyer Anirbon Roy.

The charges against UCIL and its officials were framed in 1997. After 25 years, the two officials have found errors, omissions and irregularities in the charges framed against them. 'Carbide's legal team has mastered the art of delay tactics,' said Rachna Dhingra, convener of Bhopal Group for Information and Action (BGIA).

Their delay tactic of getting the current judge recused from the current criminal appeal did not get them anywhere as it was rejected by Supreme Court on April 4, 2022, she added. Another new tactic is to say that the entire trial, which took more than 26 years to finish was flawed and should be redone, Dhingra said.

The District and Sessions Judge, Giribala Singh, has asked CBI to respond to this application. BGIA, which has been assisting the prosecution, will also file reply. The merit of this application will be decided on May 11. The next hearing is one May 11. 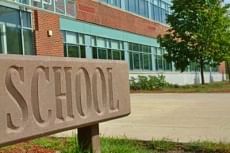 Bhopal: Why schools are open in blazing heat, MPHRC to collectors