The electric sub-4m SUV gets fast-charging capabilities too
CarDekho 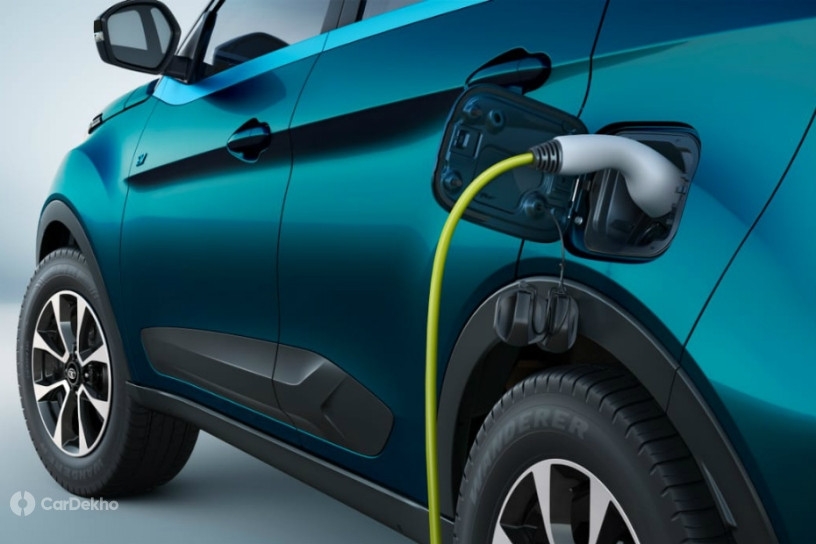 - The Nexon EV has a claimed range of 312km from its 30.2kWh lithium-ion battery pack.

- Tata claims the battery can charge from 0 to 80 per cent in 60 minutes using a fast charger.

- Tata’s Ziptron powertrain technology gets two drive modes and smart re-gen to get the claimed range.

- It will be offered in three variants, expected to be priced between Rs 15 lakh and Rs 17 lakh.

The Tata Nexon EV made its production-spec unveil in December 2019 and it is slated to launch by February 2020. Now, the electric sub-compact has been certified to deliver Tata’s promised range of over 300km -- 312km to be exact (ARAI).

It uses a 30.2kWh lithium-ion battery pack for the Tata Ziptron EV powertrain technology. The Nexon EV has an electric motor to drive the front wheels, rated to an output of 129PS and 245Nm. Tata states the Nexon EV can do 0-60kmph in 4.6 seconds and reach 100kmph in under 10 seconds. The Nexon EV also gets two drive modes: Drive and Sport for different driving conditions with an energy re-gen system designed specifically for the Indian driving environment to help it reach its claimed range.

The Nexon EV can be charged using a regular 15A wall socket but that would take a long time. A home wallbox charger would take eight hours to charge from 0 to 80 per cent while a CCS2 fast charger would take 60 minutes for the same. That’s potentially 250km of range in just an hour from a fast-charging station.

Encouraging the shift to electric mobility where feasible, Tata is offering an eight-year/1.6 lakh km warranty for the battery pack, which has an IP67 rating for dust and waterproofing. The Nexon EV is expected to be priced between Rs 15 lakh and Rs 17 lakh for its three variants.