Here’s What To Expect From The Upcoming Harley-Davidson 350

Harley didn’t just stop with the high-end segment. It made another bomb of an announcement in June this year
ZigWheels 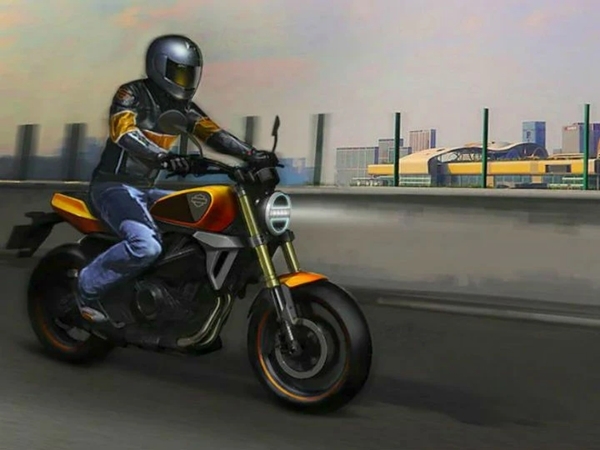 Millennials aren’t keen on buying motorcycles and this has hit Harley-Davidson hard. So, the American cruiser maker started to diversify with the announcement of a variety of motorcycles including full-blown ADVs, streetfighters, and others.

Harley didn’t just stop with the high-end segment. It made another bomb of an announcement in June this year when it partnered with Chinese manufacturer Qianjiang Motorcycle Co. It plans to make a small-capacity motorcycle for China as well as other developing markets.

Recently, the brand finalised the design of the upcoming motorcycle, suggesting that the model will hit the production line soon. So what can we expect from this baby Harley?

Will be powered by a Benelli-sourced engine:

The Harley-Davidson 350 shown in the artist’s rendering featured an engine that looks eerily similar to the one on the Benelli 302S. While the Benelli 302S gets a 300cc parallel-twin motor, Harley mentioned that its upcoming bike will feature a 338cc mill.

For reference, the 300cc parallel-twin liquid-cooled engine in the Benelli makes 38PS at 11,000rpm and 25.6Nm at 9750rpm. Expect Harley to use the Benelli’s engine, albeit in a rebored form to suit its demeanour.

That’s because Harley’s Chinese partner also owns the Benelli brand and it makes sense for the bikemaker to borrow the engine and then tweak the motor as per its requirements. If Harley builds a new engine platform from scratch, it will take a lot of time and resources.

Now, that is something Harley cannot afford because it has already pumped in a lot of money on its new platforms for big bikes and moreover, now is the right time for the brand to capitalise on the growing markets.

Likely to get a roadster design language:

Harley-Davidson has already revealed an artist’s rendering of the upcoming motorcycle and we believe the brand is likely to stick to the same design language for the production model.

Going by the picture, it bears a slight resemblance to the legendary performance motorcycle of yesteryears, the XR1200. In essence, the H-D 350 will be a scaled-down version of its forefather.

A roadster motorcycle is a lot more versatile than a cruiser as it can attract a wider range of customers. Reasonable performance, comfortable ergonomics, and flickability are something millennials would appreciate in their urban runabouts as well as on weekend jaunts.

Harley intends to launch the motorcycle by late 2020 in the Chinese market. So expect the bikemaker to launch it in India in early 2021. Since it’s a small capacity motorcycle, the bike will be priced competitively. For this, Harley is likely to bring the motorcycle as CKD kits to India and localise it heavily, just like how Kawasaki does with the Ninja 300.

So expect the upcoming Harley-Davidson 350 to be priced between Rs 3 lakh and Rs 3.5 lakh (ex-showroom). At this price point, the brand will be able to maintain its premium quotient al while offering customers an affordable stepping stone to the world of Harley-Davidson.

Even at this price point, it is considerably less expensive than the Street 750, which is Harley’s most affordable bike right now. It retails at Rs 5.34 lakh (ex-showroom Delhi).