"They pulled out his entrails and they asked me to cook them. They brought me two water containers to prepare the rest of the meal. They then fed all of the prisoners human flesh."

A Congolese rights group testified to the United Nations on Wednesday that she was kidnapped twice by militants in the Democratic Republic of Congo, repeatedly raped and forced to cook and eat human flesh.

Julienne Lusenge, President of Female Solidarity for Integrated Peace and Development (SOFEPADI) spoke of a tragedy that has gone on “much too long” and a “siege” that continues to threaten civilians daily.

She cited gruesome details of armed attacks, which included a woman having to cook and eat human flesh and the trauma that often results from such abuses.

The internationally recognized human rights activist also detailed accounts of mothers being forced to “cook dust” and implored the Council to hear their cries of distress.

'Pulled out his entrails and forced me to cook them'

Lusenge said the woman was kidnapped by CODECO militants when she went to pay a ransom for another kidnapped family member. The woman told the rights group that she was repeatedly raped and physically abused. Then she said the militants slit a man's throat.

"They pulled out his entrails and they asked me to cook them. They brought me two water containers to prepare the rest of the meal. They then fed all of the prisoners human flesh," Lusenge told the Security Council, recounting the woman's story.

Lusenge said the woman was released after a few days, but while trying to return home was kidnapped by another militia group whose members also repeatedly raped her.

"Again I was asked to cook and eat human flesh," the woman, who eventually escaped, told SOFEPADI, reported Reuters.

Conflict in the Congo

The M23 militia began as a renegade force of army mutineers in 2012, committing atrocities and war crimes. The current offensive against Government forces is reportedly the biggest in a decade.

Increased assaults by Allied Democratic Forces (ADF) militants in North Kivu and Ituri provinces, as well as attacks and reprisals by the Cooperative for Development of the Congo (CODECO) and others militia, have taken a heavy toll on the civilian population, the senior UN official said, noting that between 28 May and 17 June, more than 150 civilians had been killed.

“The humanitarian situation across the eastern provinces has deteriorated, and the overall number of people displaced this year has risen to some 700,000”. 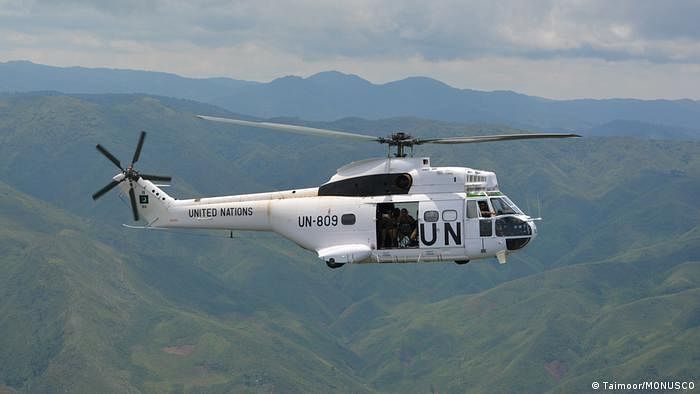