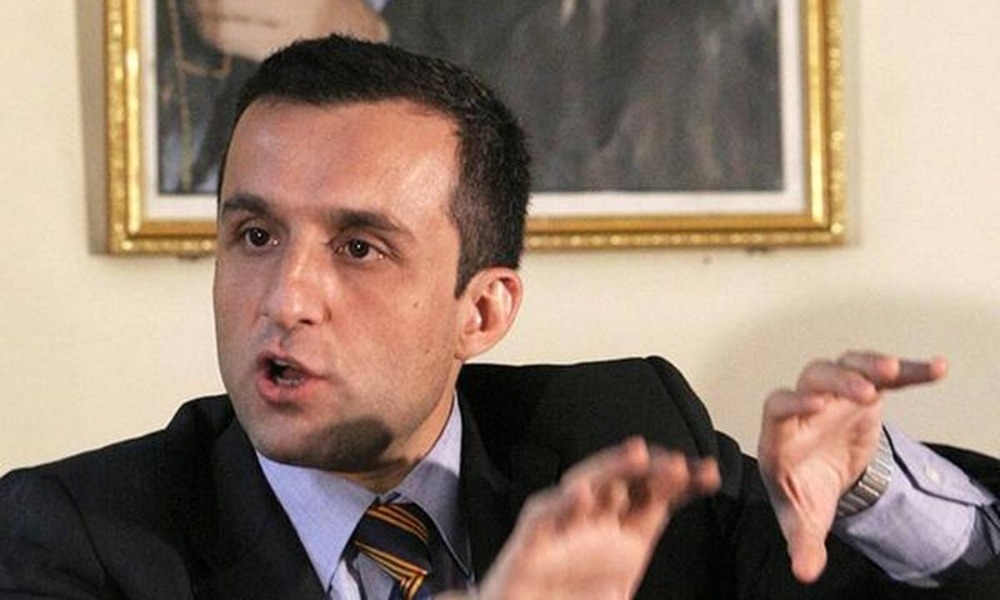 The 48-year old politician hails from the Tajik-dominated Panjshir Valley.

Orphaned at a young age, Saleh was a part of the anti-Taliban Northern Alliance during the civil war that followed the 1992 ouster of Mohammed Najibullah-- the country's USSR-backed ruler since 1987.

In 1997, Saleh was appointed to serve in the Northern Alliance's liaison office in Tajikistan. There he handled contacts with international NGOs and agencies. India refused to recognise the Taliban's regime of 1997-2001 over the evaluation that the group was supported by Pakistan's army and the ISI.

Saleh's beef with the Taliban, reportedly, turned personal in 1996 when his sister was tortured and killed by Taliban fighters. “My view of the Taliban changed forever because of what happened in 1996,” he wrote in an op-ed in Time magazine last year.

In 1997, Ahmad Shah Massoud appointed Saleh as head of the United Front's international liaison office at the Embassy of Afghanistan in Dushanbe, Tajikistan, where he worked in collaboration with non-governmental (humanitarian) outfits and foreign intelligence agencies.

Such a battle would be the latest in Saleh’s long struggle against the Taliban as a onetime insurgent turned spy chief and later vice-premier.

His most recent political revival came as the United States was preparing to exit Afghanistan and coincided with a series of assassination attempts on Saleh by the Taliban.

His latest close call came last September when a massive bomb targeting his convoy killed at least 10 people in Kabul.

Within hours of the attack, Saleh appeared in a video with his left hand bandaged, promising to fight back.

“We will continue our fight," he said.