What happens if Donald Trump refuses to leave the White House?

While Joe Biden is projected to win the US Presidential polls and has already crossed the majority mark, Donald Trump has refused to acknowledge anything of the sort. And even as the Democrats address victory speeches and leaders from across the world send forth their congratulations, the President has remained staunchly in denial.

"The simple fact is this election is far from over. Joe Biden has not been certified as the winner of any states, let alone any of the highly contested states headed for mandatory recounts, or states where our campaign has valid and legitimate legal challenges that could determine the ultimate victor," Trump said in a statement released by his campaign soon after news of Biden's win broke. He said that his campaign would begin court fights on Monday "to ensure election laws are fully upheld and the rightful winner is seated".

There were also several aggressive tweets in block letters from the irate Republican leader. Some of these posts have since been flagged by Twitter for containing unverified or misleading information.

But can Trump really hold back the Democrats who appear to have won the election? Can he simply refuse to vacate the White House? The new President-elect had even noted recently that the "United States government is perfectly capable of escorting trespassers out of the White House." And while this would be a rather ignominious way to end a Presidency, Trump does not seem to have been deterred from his stance.

With Trump threatening legal action, the Biden camp has also readied its lawyers, in what promises to make an already terse situation worse. At the same time, there have been sporadic protests and violent incidents in the country over the last several days. Harris and Biden may have won but like Trump says, 71 million people have voted for him. As such, many of the President's recent comments have resonated with large parts of the populace. While Trump supporters have been vocal in their criticism for the election procedure and Joe Biden, it is unclear whether this will have any deeper implications.

Read Also
I pledge to be a president who seeks not to divide but unify, says Biden in first speech as... The possibility of a President not acknowledging defeat is rare, and as such, does not have much by way of a constitutional safeguard in place. While past leaders have denied the vote results, cooler heads have eventually prevailed, leading them to accept the situation gracefully. Legal action, as promised repeatedly by Trump, can also delay the process of appointment, thus creating a chaotic situation. Not only that, it would then become a question of who exactly the people and organisations serving or working with the President should listen to.

With no mention in the US constitution about how to remove a president who has refused to hand over power, Trump if he maintains his stance, is likely to face pressure from his party and the Congress. Most opine that Trump is likely to concede eventually, however there is no guarantee of this.

It must be mentioned however that the White House is symbolic. It is not the seat of power. As such, merely living in the White House won't make Trump the President in 2021.

Read Also
Watch Video: Here is what Trump was doing when US media called presidential race for Joe Biden 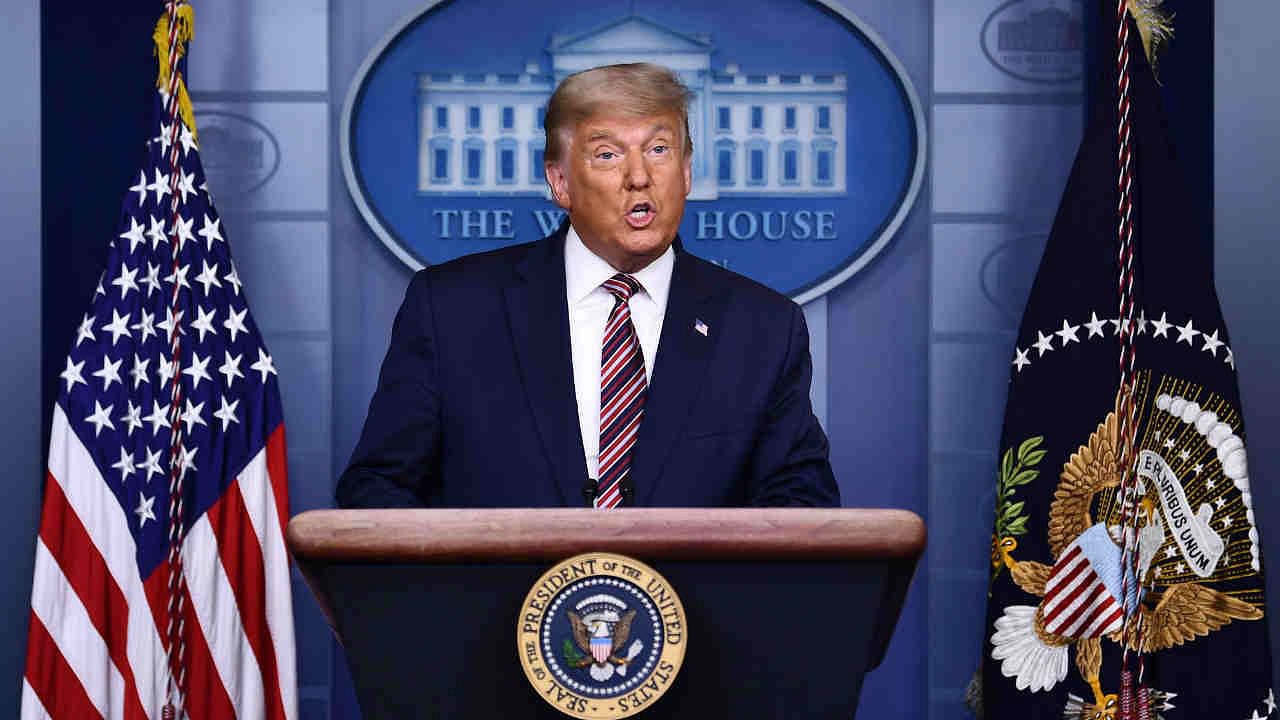