President calls up top scientists and public health experts to regularly brief public about the pandemic that has claimed more than 425,000 US lives
Agencies 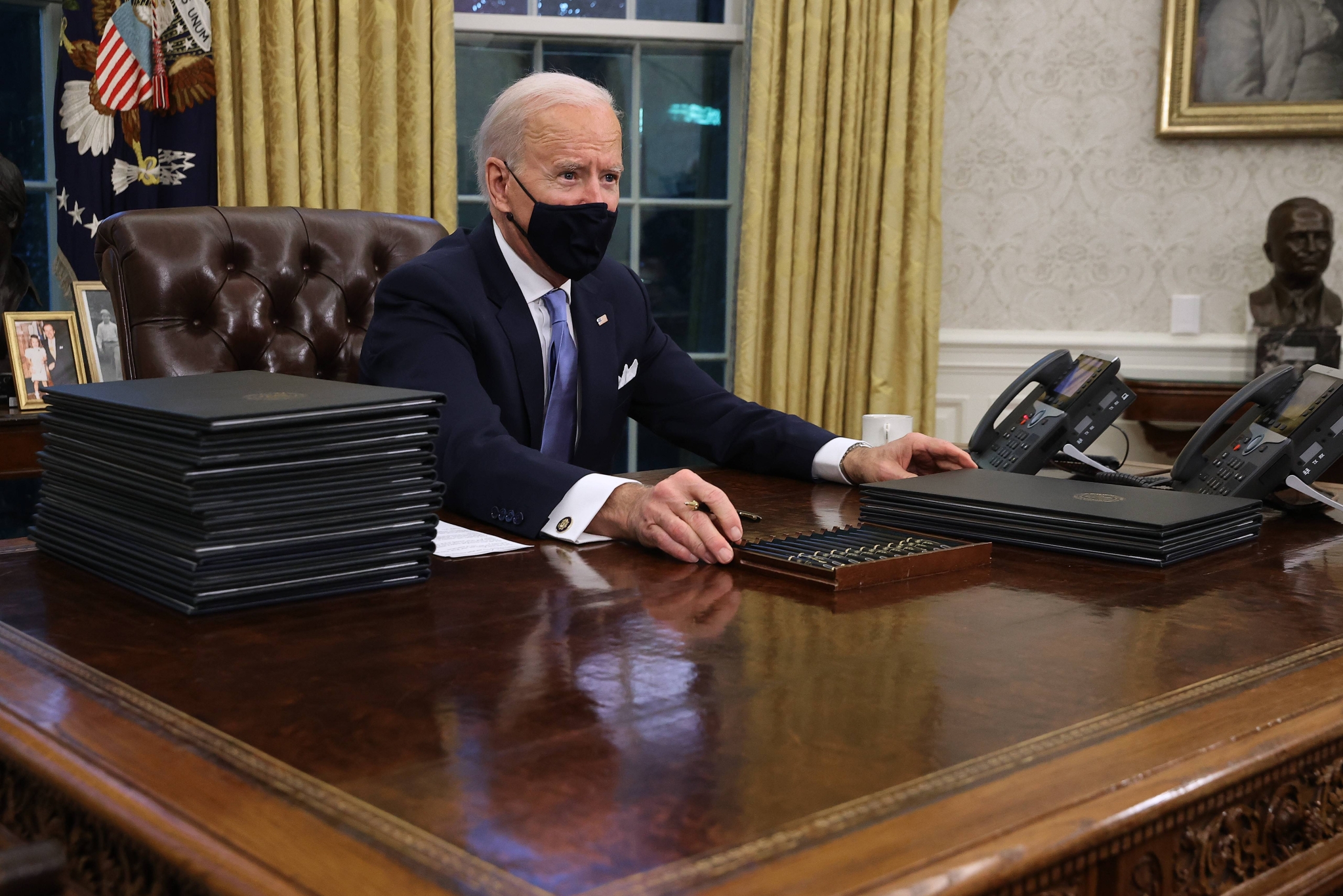 For nearly a year it was the Trump show. Now President Joe Biden is calling up the nation's top scientists and public health experts to regularly brief the American public about the pandemic that has claimed more than 425,000 US lives.

Beginning Wednesday, administration experts will host briefings three times a week on the state of the outbreak, efforts to control it and the race to deliver vaccines and therapeutics to end it.

Expect a sharp contrast from the last administration's briefings, when public health officials were repeatedly undermined by a president who shared his unproven ideas without hesitation.

"We're bringing back the pros to talk about COVID in an unvarnished way," Biden told reporters Tuesday.

"Any questions you have, that's how we'll handle them because we're letting science speak again." The new briefings, beginning just a week into Biden's tenure, are meant as an explicit rejection of his predecessor's approach to the coronavirus outbreak.

President Donald Trump claimed center stage and muddled the message of the nation's top public health experts in the critical early days of the virus and eventually largely muzzled them as the pandemic's mortal toll grew steeper.

The new briefings are part of Biden's attempt to rebuild public confidence in institutions, particularly the federal government, with a commitment to share the bad news with the good.

"I'll always level with you about the state of affairs," he said Tuesday, repeating a central pledge of his inaugural address.

It's a message that helped carry Biden to the White House. As a candidate he warned that the nation faced a surge of coronavirus cases in what would be a "dark winter"; Trump, for his part, falsely claimed the worst of the virus was over.

Dr. David Hamer, a professor of global health and medicine at Boston University's School of Public Health, said having briefings from health officials that are "based on serious science" would go a long way toward improving public perceptions of the vaccine.

"There's a certain amount of vaccine hesitancy, and so educating people about the vaccine, how it works, how safe it is and how it can protect against the disease but also slow transmission is really important," he said.

The stakes for Biden, whose presidency hinges on his handling of the pandemic and the largest vaccination campaign in global history, could hardly be higher.

Biden is pushing a weary populace to recommit to social distancing measures and mask-wearing, pointing to scientific models that suggest the practices could save 50,000 lives over the coming months. He has insisted members of his administration model best behaviours for the country.

Those messages found few champions in the former administration, as Trump openly flouted science-based guidance from his own administration. Face coverings were sparse at his reelection rallies and social distancing nearly nonexistent.

In the weeks leading up to Biden's inauguration, the US set records in new cases and reported deaths almost by the day, as many states reimposed costly restrictions to slow the spread of the virus. Even so, Trump restricted media appearances by his top scientists and public health officials and continued to spread misinformation.

Asked by CNN last week if the lack of candor from the Trump administration about the virus had cost lives, Dr. Anthony Fauci, the nation's top infectious disease expert, replied, "You know, it very likely did." The Trump administration ended the practice of regular scientific briefings early on in the pandemic, after Trump expressed anger over the dire warnings of Centers for Disease Control and Prevention Dr. Nancy Messonnier in February about the threat from the virus.

Trump later told journalist Bob Woodward that he had been "playing it down" to avoid creating panic about the virus. Aides said he also was trying to protect the economy to boost his reelection prospects.