Afghan women, who were protesting against the all-male Afghanistan's new interim government on Wednesday in Kabul, were driven away by the Taliban.

The Taliban used whips and sticks against the women protesters in the latest crackdown on dissent in Afghanistan, reported CNN.

Videos and images received by CNN show the women chanting, "Long live the women of Afghanistan." Some held placards declaring "No government can deny the presence of women" and "I will sing freedom over and over." The Taliban also beat up journalists covering the demonstration, according to witnesses.

One woman at Wednesday's protest said, "We have gathered here to protest the recent announcement of the government where there is no woman representation in this government." She said a few of the protesters were "hit with whips and they told us to go to our homes and recognize and accept the Emirate. Why should we accept the Emirate while no inclusion or rights have been given to us?" As she spoke, she held a poster saying: "A cabinet without women is a loser, a loser." The women called on the Taliban to uphold their commitments made in the past to ensure women's rights are preserved, reported Ariana News.

The protestors also said that government should appoint women in high-ranking government positions.

"We are not women of yesterday. We want our rights. We faced violence yesterday, but will continue our fight," said Diba Farahmand, another activist.

No women, members of religious minorities or members of Afghanistan's ousted leadership were selected for acting cabinet positions or named to advisory roles in the announcement of the interim "Islamic Emirate" government on Tuesday.

The cabinet members consist of many Taliban figures that are considered hardliners. The list announced by chief spokesman Zabihullah Mujahid was dominated by members of the group's old guard. 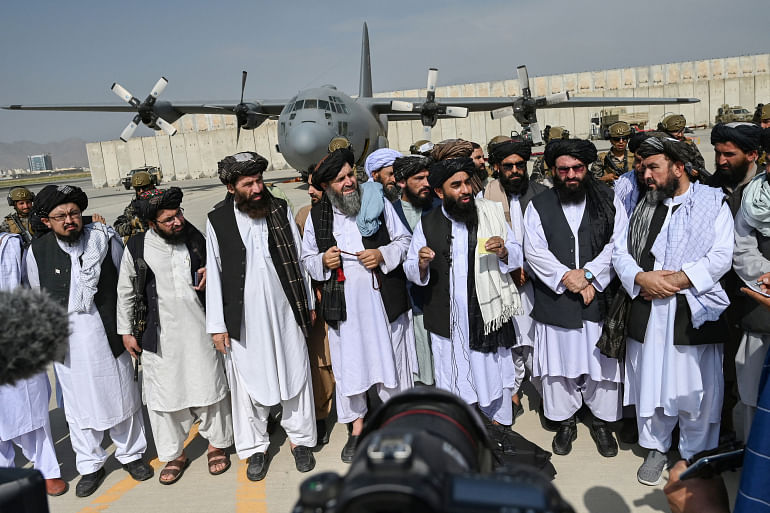