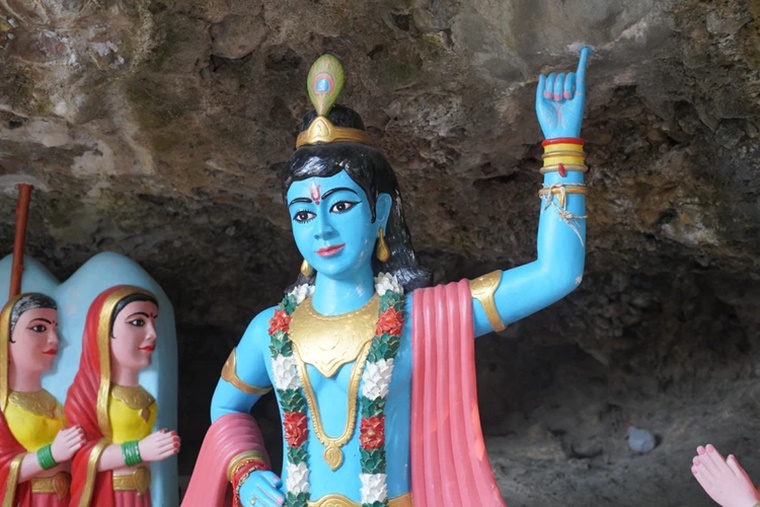 Islamabad [Pakistan]: A Hindu temple was vandalised at Khipro in the Sanghar district of Pakistan's Sindh province on the auspicious occasion of Krishna Janmashtami.

Taking to Twitter, Pakistan rights activist Rahat Austin said the temple was vandalised at Khipro in the Sanghar district of Sindh to insult a Hindu God as people were celebrating the birthday of Lord Krishna.

"A Hindu temple is vandalized in Khipro, Sanghar, Sindh, to insult Hindu God as they were celebrating the birthday of Lord Krishna. In Pakistan, even false allegation of blasphemy against Islam leads to mob lynching or death sentence but crimes against non-Muslim Gods goes unpunished," he tweeted.

Rahat John Austin, a Christian born in Pakistan, has been raising his voice for the persecuted minorities back home. He had to flee from Pakistan and is now living with his family in South Korea.

Janmashtami is celebrated every year to mark the birth anniversary of Lord Krishna. Believers observe the day by keeping a fast and praying at the temples.

As per the Hindu calendar, Lord Krishna, an avatar of Lord Vishnu, was born on the eighth day of the month of Bhadra. The day mostly falls in the months of August or September as per the Western calendar.

In recent years, there has been a surge in attacks on places of worship of religious minorities in Pakistan. The country has been repeatedly slammed by the international community for not safeguarding the interest of its minorities.

Earlier this month, a mob comprising over a dozen men armed with sticks had vandalised a Hindu temple in village Bhong of Rahim Yar Khan, shouting slogans and desecrating idols in the place of worship.