A large-scale protest was apparently sparked by an apartment block fire in Urumqi, the capital of the Xinjiang province, which killed at least 10 people on Thursday.

In an unprecedented show of dissent by the Chinese public, hundreds of protestors demonstrated in cities across China against President Xi Jinping's zero-Covid strategy, with some of them even calling for his removal.

Step down, Xi Jinping is the slogan

"Step down, Xi Jinping! Step down, Communist Party!" CNN quoted some people as yelling during a protest in the financial hub of Shanghai.

This large-scale protest was apparently sparked by an apartment block fire in Urumqi, the capital of the Xinjiang province, which killed at least 10 people on Thursday and has acted as an impetus for public protest.

According to media reports, some protesters in China are even now calling for democracy.

US media reports said much of the demonstration started as videos emerged that seemed to suggest lockdown measures delayed firefighters from reaching the victims.

From the capital Beijing to the financial hub of Shanghai, people reportedly gathered to mourn the dead from the Xinjiang fire, while holding protests against zero-Covid policies.

By Sunday evening, on dozens of university campuses, students demonstrated or put up protest posters. Protests also spread to Chengdu, Guangzhou and Wuhan, where residents called for not only an end to Covid restrictions.

Students gathered on a square to protest against zero-Covid at Tsinghua University, in the capital city of Beijing.

Images and videos making round on social media show students holding up sheets of white paper and shouting: "Democracy and rule of law! Freedom of expression!" According to CNN, residents in locked-down neighborhoods tore down barriers and took to the streets, following mass anti-lockdown protests in Urumqi on Friday.

Beijing, this morning
At Peking University, a student was taken away by some men in black. While walking, the student shouted: "Give me Liberty or Give me Death".#ChinaProtests pic.twitter.com/MTKC5mCaNn

Such widespread scenes of anger and defiance are rare in China, where the ruling Communist Party clamps down on all forms of dissent. However, the increase in COVID restrictions long detested across the country has brought matters to a head. 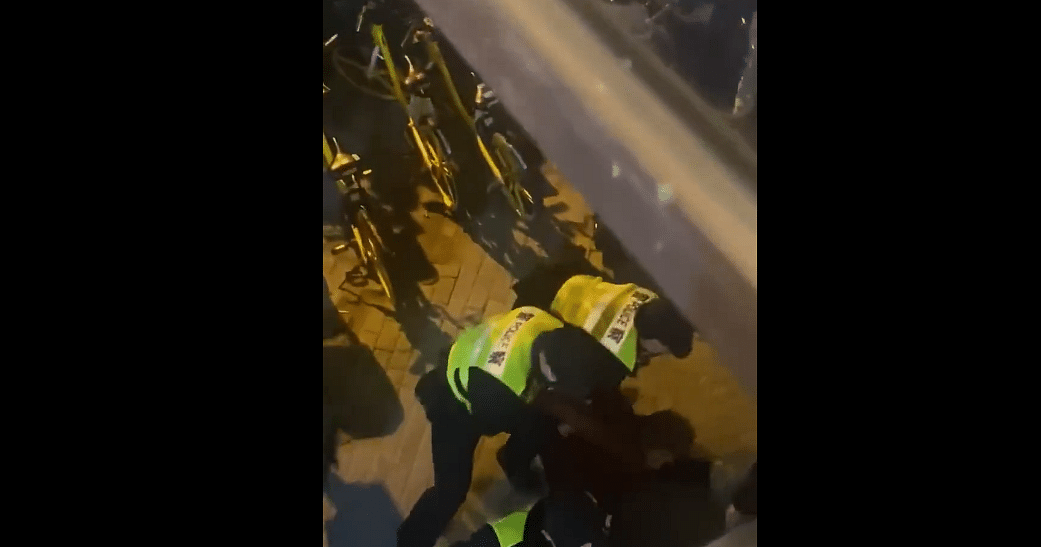