The King of England King Charles III, Prince William and Prince Harry are present at Westminster Hall ahead of the procession.

Queen Elizabeth II will be laid to rest following a state funeral at Westminster Abbey in London on Monday, attended by world leaders, royals and community champions and watched on screens by millions lining the streets and around the world. Watch LIVE here The King of England King Charles III, Prince William and Prince Harry are present at Westminster Hall ahead of the procession.

King Charles, Queen Camilla and the Princess Royal join the congregation as they sing 'The Day Thou Gavest, Lord, Has Ended' 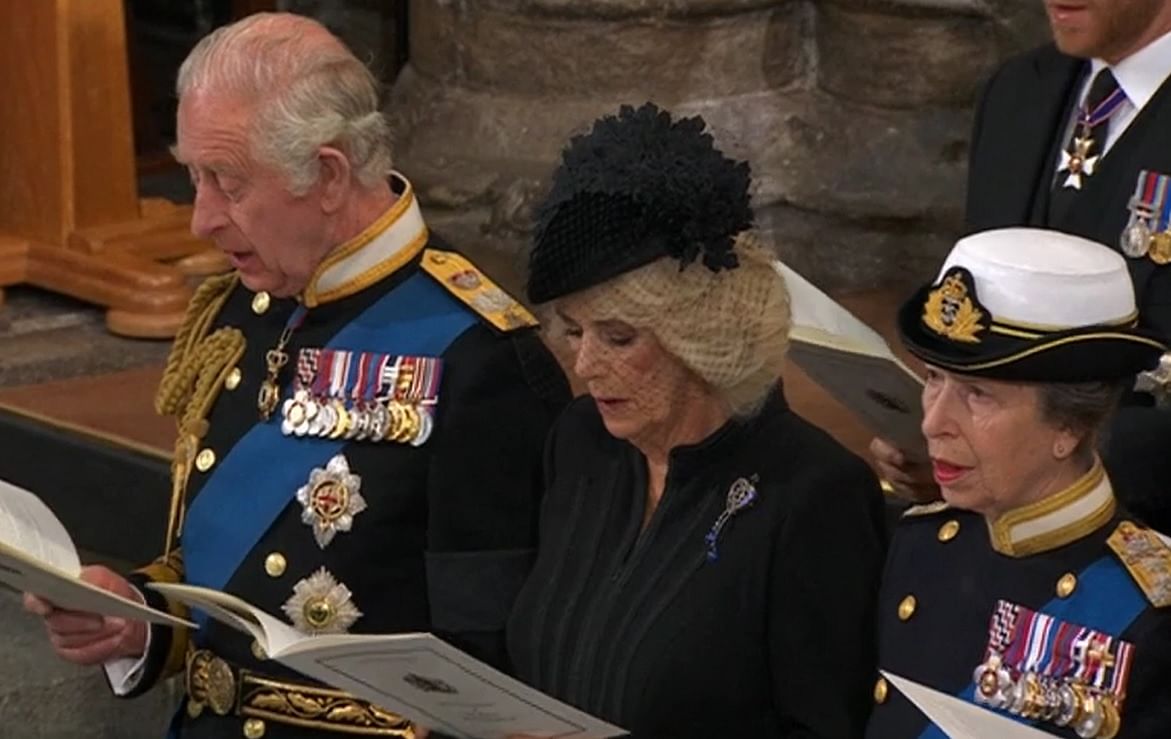 The final farewell to Britain's longest-serving monarch began as the long queue of people who had been lining up since early last week to file past the late monarch's coffin Lying-in-State at Westminster Hall came to a close early on Monday morning and preparations began for the coffin to be conveyed in procession to the Abbey.

The coffin of Queen Elizabeth II, the United Kingdom's longest-reigning monarch, is made of English oak, lined with lead and it was built decades ago, according to British media reports on Monday. The coffin is made of oak from the Royal Family's Sandringham Estate according to royal tradition, Sky News reported.

According to the Telegraph, it was originally built by the specialist firm Henry Smith over three decades ago. The records of the exact date that the casket was made were lost when Henry Smith was taken over by another firm in 2005. Since its manufacture, it has been in storage under the care of two different firms that have been responsible for royal funerals.

The Princess of Wales arrives ahead of the State Funeral of Queen Elizabeth II, held at Westminster Abbey. Sophie, Countess of Wessex, Meghan, Duchess of Sussex, arrive at Westminster Abbey to attend the state funeral and burial of the late Queen. 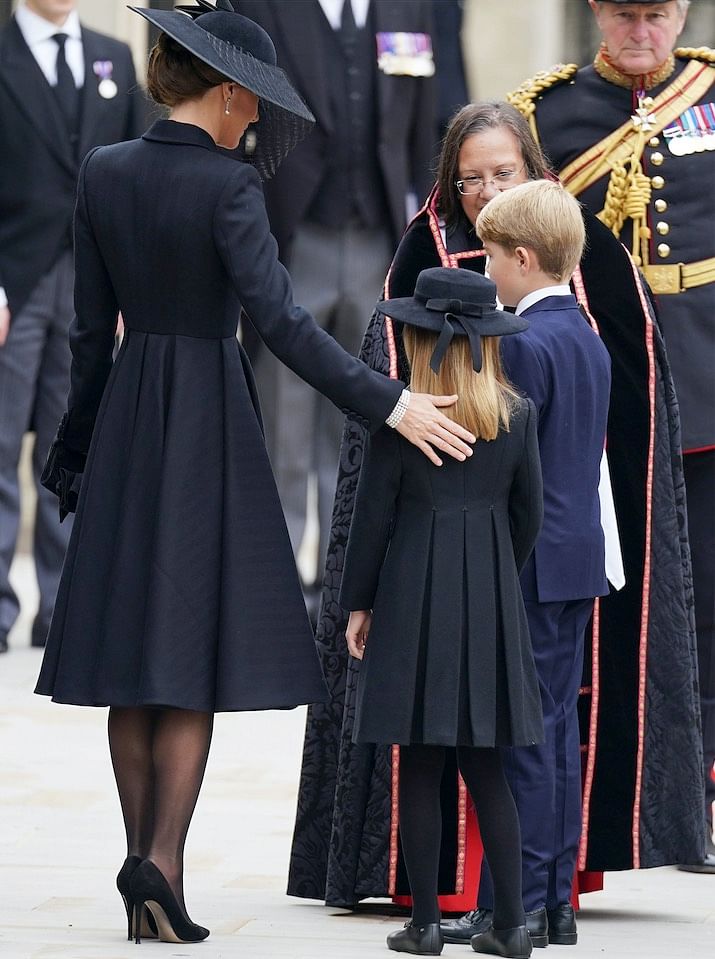 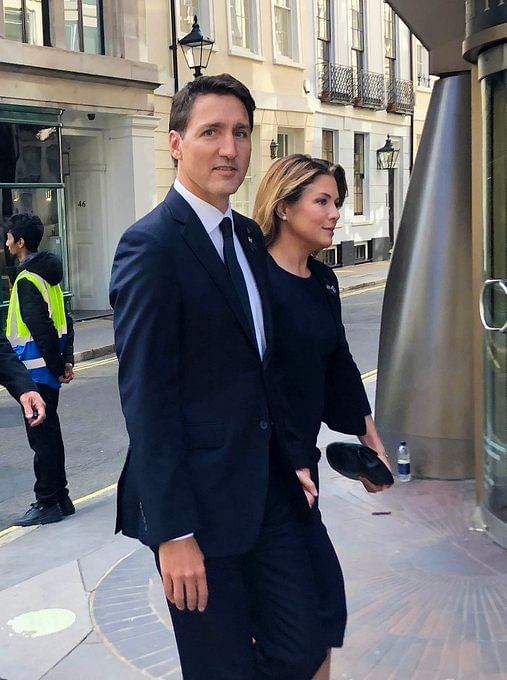 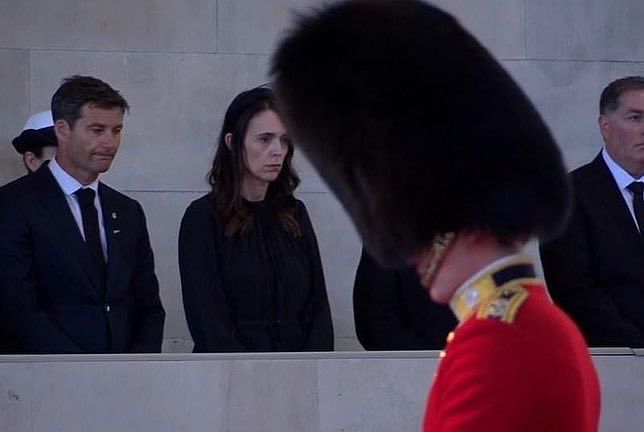 Brazil's President Jair Bolsonaro is also there with his wife Michelle. Israel's President Isaac Herzog arrive at the abbey.

Indian President Droupadi Murmu, representing India at the state funeral, joined foreign dignitaries as they took their seats for the funeral service. "The service will pay tribute to the Queen's remarkable reign and a lifetime of service as head of state, nation and Commonwealth," Buckingham Palace said. 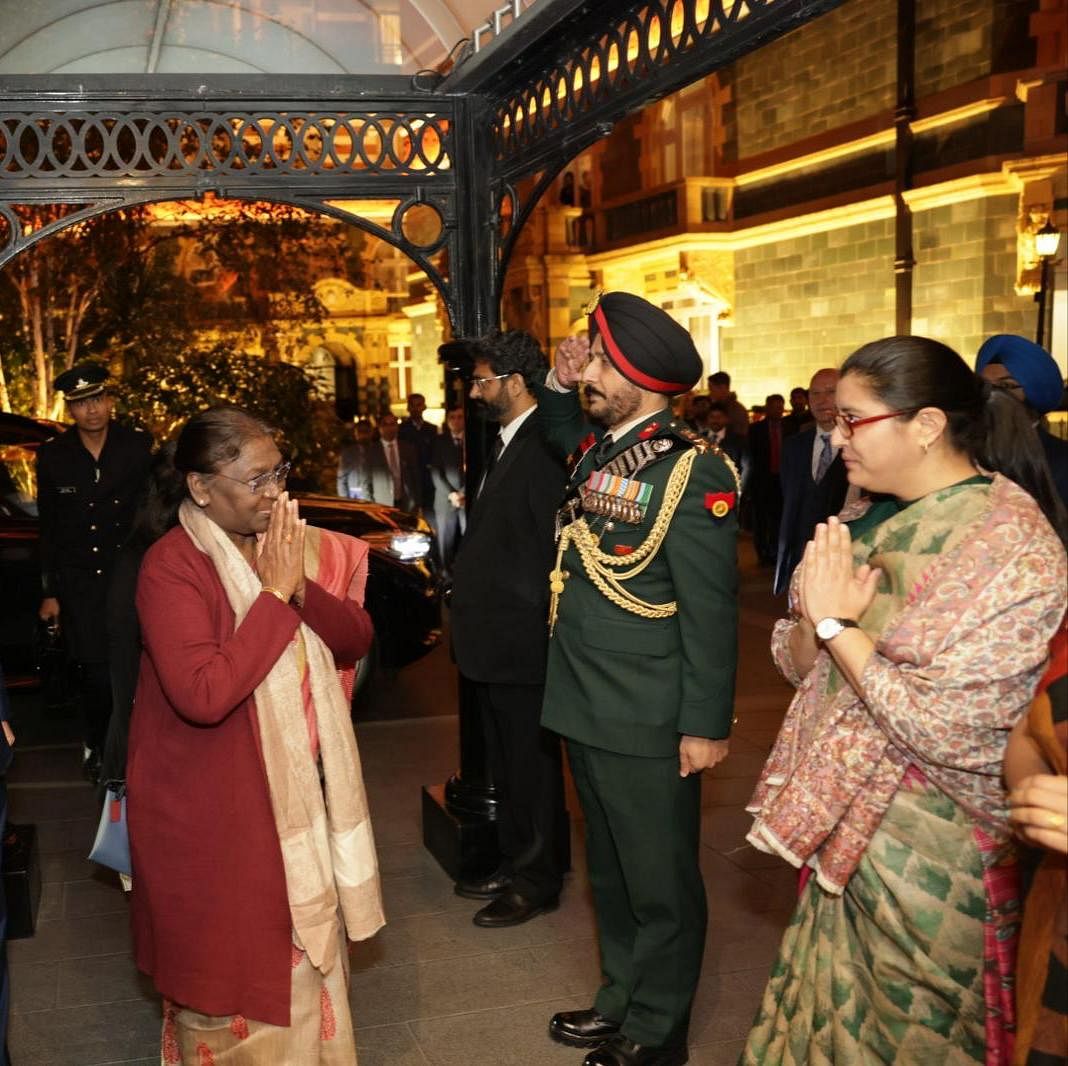 Former Britain PMs Boris Johnson and Theresa May were also seen with their spouses.

Representatives from China arrived, wearing white face masks bearing the Chinese flag. Vice-President Wang Qishan is the senior representative that Beijing has sent to the funeral.

Police officers from around the country have been deputed for the gigantic security operation and the queue of people who have turned out day in and day out has been dubbed a momentous pilgrimage."As we all prepare to say our last farewell, I wanted simply to take this opportunity to say thank you to all those countless people who have been such a support and comfort to my family and myself in this time of grief," King Charles said in a thank you message on the eve of the funeral, as he once again paid tribute to his "dear mother".

Charles and Queen Consort Camilla hosted a special reception on Sunday evening for all the visiting world leaders at Buckingham Palace, attended by President Murmu, which was another historic diplomatic gathering of so many heads of state and government under one roof.

Just before the service begins, Abbey's Tenor Bell will be tolled once a minute for 96 minutes, one toll for each year of the late monarch's life, who died on September 8 at Balmoral Castle in Scotland.

Holders of the high military honours of the George Cross, Victoria Cross, and Representatives of the Orders of Chivalry will process through the Abbey, followed by a procession of representatives from faith communities across the UK - including Rajnish Kashyap of Hindu Council UK, and Lord Indrajit Singh of the Network of Sikh Organisations (NSO) alongside representatives from the Jain, Buddhist, Bahai, Jewish, Muslim and Zoroastrian faiths.

The procession will involve a total of around 6,000 representatives from all three UK armed forces, with 98 Royal Navy sailors towing the 123-year-old gun carriage which will carry the Queen's coffin to Westminster Abbey.

Prince George, 9, and Princess Charlotte, 7, will be among the youngest of the 2,000 guests at the funeral in Westminster Abbey as the two older children of Prince William and Kate form part of the royal family members to follow the Queen's coffin as it enters the church for the funeral service conducted by the Dean of Westminster.

God Save The King:

Towards the end of the service, two minutes of silence will be observed across the UK before the congregation sings the National Anthem, 'God Save The King'.

Senior royals will gather in private as the Queen is laid to rest with her late husband in an enclave of the chapel named King George VI Memorial Chapel. The "instruments of state" - the Imperial State Crown, the Orb and the Sceptre - which have been lying on the coffin will be removed at this final stage.

The funeral, being broadcast live to over 200 countries and territories worldwide and shown on big screens to crowds in parks and public spaces across the UK, marks one of the biggest events in history on this grand scale since the state funeral of former Prime Minister Winston Churchill in 1965. 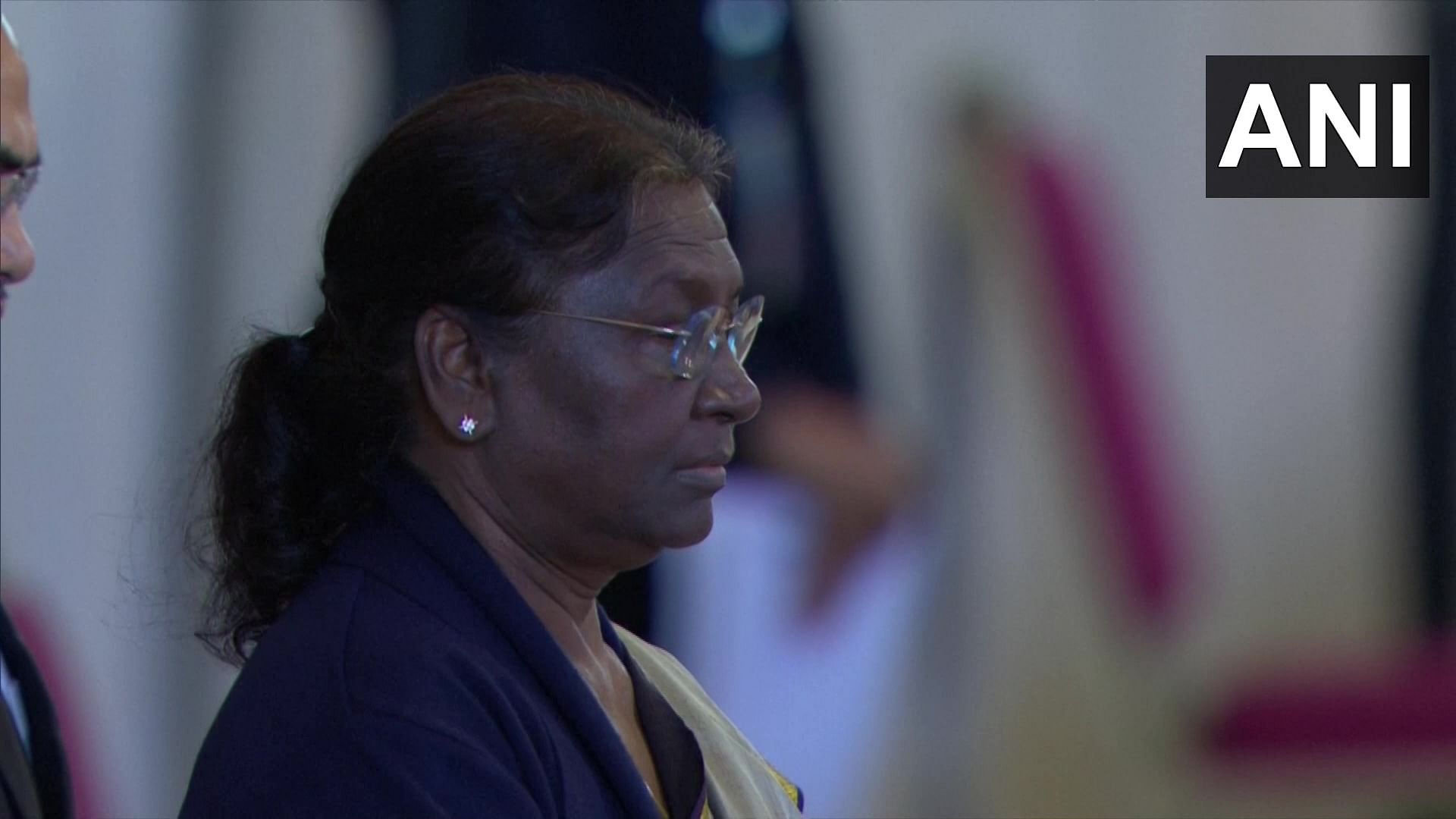