'Was not going to extend this forever war': Joe Biden defends US withdrawal from Afghanistan, says it's 'best' decision for America 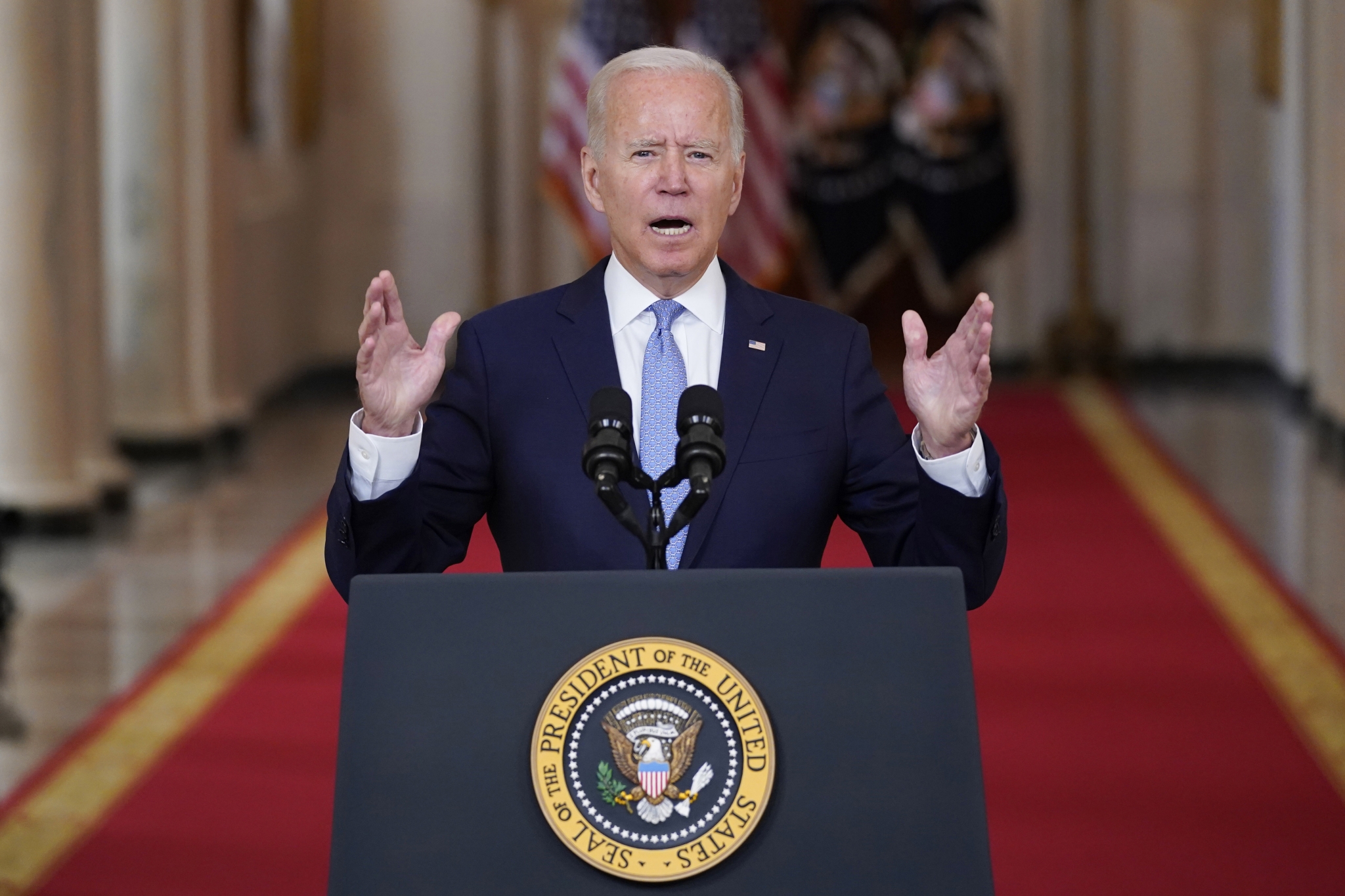 Washington: President Joe Biden speaks about the end of the war in Afghanistan from the State Dining Room of the White House, Tuesday, Aug. 31, 2021, in Washington. | AP/PTI Photo

Washington: President Joe Biden vigorously defended the chaotic withdrawal of US troops from Afghanistan after nearly 20 years of conflict, describing it as the "best" and the "right" decision for America which ended an era of major military deployments to rebuild other countries.

In his address to the nation from the White House on Tuesday, Biden said there was no reason to continue in a war that was no longer in the service of the "vital national interest" of the American people.

"My fellow Americans, the war in Afghanistan is now over," Biden said.

"I give you my word: With all of my heart, I believe this is the right decision, a wise decision, and the best decision for America," he said.

Biden's address to the nation came just 11 days before the 20th anniversary of the September 11, 2001, terrorist attacks that precipitated the US intervention in Afghanistan.

The last C-17 cargo aircraft carrying US forces took off from the Hamid Karzai International Airport in Kabul in the early hours of Tuesday, ending America's military campaign in Afghanistan.

The Taliban, ousted from power by the US shortly after the 9/11 attacks, now control nearly all of the country.

Biden said the real choice in Afghanistan was "between leaving and escalating." "I was not going to extend this forever war, and I was not extending a forever exit," he said.

"We succeeded in what we set out to do in Afghanistan over a decade ago. And we stayed for another decade. It was time to end this war," he said.

"This decision about Afghanistan is not just about Afghanistan. It's about ending an era of major military operations to remake other countries." Biden also highlighted the evacuation of more than 120,000 people from Afghanistan, saying the "extraordinary success of this mission was due to the incredible skill, bravery, and selfless courage of the United States military and our diplomats and intelligence professionals." Biden has been widely criticised over the abrupt manner of the US withdrawal, which led to the unexpected collapse of the Afghan security forces US troops had trained and funded for years.

"We've been a nation too long at war. If you're 20 years old today, you have never known an America at peace," Biden said.

Biden said that he was the fourth President who has faced the issue of whether and when to end this war.

"After 20 years of war in Afghanistan, I refused to send another generation of America's sons and daughters to fight a war that should have ended long ago," Biden added.

"If you take the number of USD 1 trillion, as many say, that's still USD 150 million a day for two decades. And what have we lost as a consequence in terms of opportunities? I refused to continue in a war that was no longer in the service of the vital national interest of our people," he added.

Biden vowed to defend America against evolving threats from terrorist groups, such as ISIS, without getting the US involved in another ground war.

"This is a new world. The terror threat has metastasized across the world, well beyond Afghanistan. We face threats from al-Shabaab in Somalia; al-Qaeda affiliates in Syria and the Arabian Peninsula; and ISIS attempting to create a caliphate in Syria and Iraq, and establishing affiliates across Africa and Asia," he said.

"The fundamental obligation of a President, in my opinion, is to defend and protect America - not against threats of 2001, but against the threats of 2021 and tomorrow," he added.

"But I also know that the threat from terrorism continues in its pernicious and evil nature. But it's changed, expanded to other countries. Our strategy has to change too," he added.

He said the US must now confront challenges from powerful adversaries such as Russia and China.

"We're engaged in a serious competition with China. We're dealing with the challenges on multiple fronts with Russia. We're confronted with cyberattacks and nuclear proliferation," he said.

"We have to shore up America's competitiveness to meet these new challenges in the competition for the 21st century. And we can do both: fight terrorism and take on new threats that are here now and will continue to be here in the future," he added.

"There's nothing China or Russia would rather have, would want more in this competition than the United States to be bogged down another decade in Afghanistan. As we turn the page on the foreign policy that has guided our nation the last two decades, we've got to learn from our mistakes," he said.

The United States, he said, will maintain the fight against terrorism in Afghanistan and other countries.

"We just don't need to fight a ground war to do it. We have what's called over-the-horizon capabilities, which means we can strike terrorists and targets without American boots on the ground -- or very few if needed," he said.

"We've shown that capacity just in the last week. We struck ISIS-K remotely, days after they murdered 13 of our servicemembers and dozens of innocent Afghans. And to ISIS-K: We are not done with you yet," Biden said.