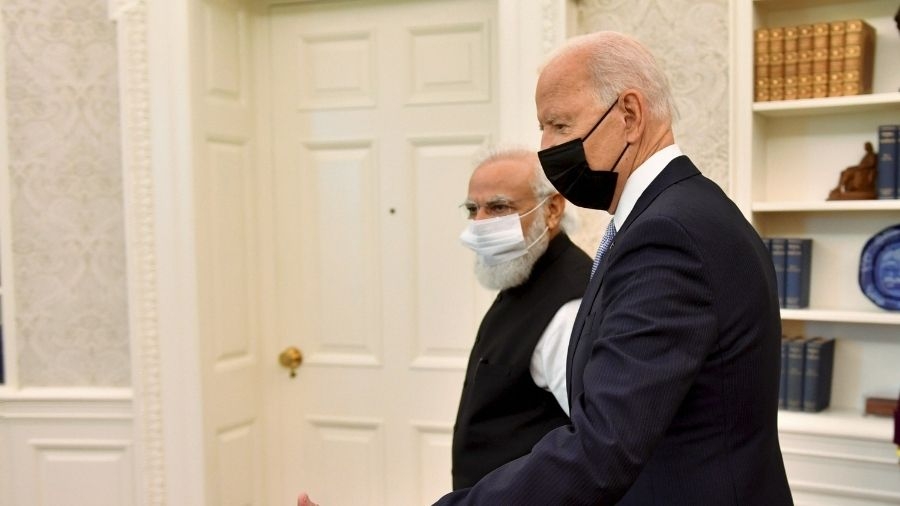 US President Joe Biden has reiterated America's support for India's permanent membership in a reformed United Nations Security Council and its entry into the Nuclear Suppliers Group during his first in-person bilateral meeting with Prime Minister Narendra Modi at the White House.

President Biden, in his talks with Prime Minister Modi, applauded India's "strong leadership" during its UN Security Council Presidency in August 2021, according to the US-India Joint Leaders' Statement issued after their meeting in the White House on Friday.

President Biden's support provides a big boost to New Delhi as India has been spearheading efforts at the United Nations to push for an urgent long-pending reform of the Security Council, emphasising that it rightly deserves a place at the UN high table as a permanent member.

Ever since India applied for the membership of the NSG in May 2016, China has been insisting that only those countries which have signed the Non-Proliferation Treaty (NPT) should be allowed to enter the organisation.

India and Pakistan are not signatories of the NPT. After India's application, Pakistan too has applied for the NSG membership in 2016.

China maintains that there would be no discussion on India's entry into the NSG before reaching a specific understanding on non-NPT members' participation in the elite grouping; it has, however, declined to give a timeline for reaching a consensus.