Justices indicated they would uphold a Mississippi law that bans abortion after 15 weeks of pregnancy.
PTI 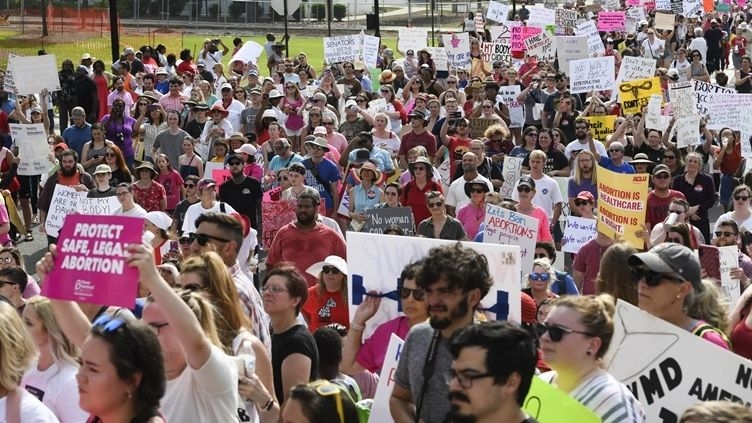 Washington: In the biggest challenge to abortion rights in decades, the Supreme Court's conservative majority on Wednesday signaled they would allow states to ban abortion much earlier in pregnancy and may even overturn the nationwide right that has existed for nearly 50 years.

With hundreds of demonstrators outside chanting for and against, the justices led arguments that could decide the fate of the court's historic 1973 Roe v. Wade decision legalizing abortion throughout the United States and its 1992 ruling in Planned Parenthood v. Casey, which reaffirmed Roe.

The outcome probably won't be known until next June. But after nearly two hours of arguments, all six conservative justices, including three appointed by former President Donald Trump, indicated they would uphold a Mississippi law that bans abortion after 15 weeks of pregnancy.

At the very least, such a decision would undermine Roe and Casey, which allow states to regulate but not ban abortion up until the point of fetal viability, at roughly 24 weeks.

And there was also substantial support among the conservative justices for getting rid of Roe and Casey altogether. Justice Clarence Thomas is the only member of the court who has openly called for overruling the two cases.

Justice Brett Kavanaugh, a Trump appointee, asked whether the court would be better off withdrawing completely from the abortion issue and letting states decide.

"Why should this court be the arbiter rather than Congress, the state legislatures, state supreme courts, the people being able to resolve this?" Kavanaugh asked. "And there will be different answers in Mississippi and New York, different answers in Alabama than California." Abortion would soon become illegal or severely restricted in roughly half the states if Roe and Casey are overturned, according to the Guttmacher Institute, a research organisation that supports abortion rights. Legislatures in many Republican-led states are poised for action depending on the Supreme Court's ruling. On Wednesday the U.S. Court of Appeals for the Sixth Circuit vacated previous rulings that had blocked a Tennessee law that included banning abortions once a fetal heartbeat is detected - about six weeks - and ordered a rehearing by the full court.

People of color and lesser means would be disproportionately affected, supporters of abortion rights say.

The court's three liberal justices said that reversing Roe and Casey would significantly damage the court's own legitimacy.

"Will this institution survive the stench that this creates in the public perception that the Constitution and its reading are just political acts?" Justice Sonia Sotomayor asked.

In unusually strong terms for a high-court argument, Justice Stephen Breyer warned his colleagues they "better be damn sure" before they throw away the established abortion decisions.

Among the conservatives, Chief Justice John Roberts appeared most interested in a less sweeping ruling that would uphold the Mississippi law but not explicitly overrule Roe and Casey.

"That may be what they're asking for, but the thing at issue before us today is 15 weeks," Roberts said, alluding to Mississippi's call to overturn the broader cases in addition to upholding its own law.

More than 90% of abortions are performed in the first 13 weeks of pregnancy, well before viability, according to the federal Centers for Disease Control and Prevention.

Even upholding the 15-week ban would mean rejecting the decades-old viability line. Abortion rights supporters say that would effectively overturn Roe and leave no principled line for when abortions might be banned.

Justice Neil Gorsuch, another Trump appointee, suggested the lack of a rigorous alternative might be a reason to overrule Roe and Casey entirely.

"You emphasized that if 15 weeks were approved, then we'd have cases about 12 and 10 and 8 and 6, and so my question is, is there a line in there that the government believes would be principled or not," Gorsuch asked Solicitor General Elizabeth Prelogar, the Biden administration lawyer supporting the Mississippi clinic.

"I don't think there's any line that could be more principled than viability," Prelogar said.

Supporters of both sides in the abortion debate filled the sidewalk and street in front of the court, their dueling rallies audible even from inside the building. Opposing signs read such sentiments as "Her Body Her Choice" and "God Hates the Shedding of Innocent Blood." The court stepped up security measures, including closing off some streets around the building.

Perhaps in recognition of the gravity of the issue before them, the justices took the bench at 10 o'clock without any smiles or the private jokes they sometimes share.

The case came to a court with a 6-3 conservative majority that has been transformed by the justices named by Trump -Gorsuch, Kavanaugh and Amy Coney Barrett.

A month ago, the justices also heard arguments over a uniquely designed Texas law that has succeeded in getting around the Roe and Casey decisions and banned abortions in the nation's second-largest state after about six weeks of pregnancy. The legal dispute over the Texas law revolves around whether it can be challenged in federal court, rather than the right to an abortion.

The court has yet to rule on the Texas law, and the justices have refused to put it on hold while the matter is under legal review.

The Mississippi case poses questions more central to the abortion right. State Solicitor General Scott Stewart said Roe and Casey "haunt our country" and "have no basis in the Constitution." He compared those decisions to Plessy v. Ferguson, the infamous Supreme Court ruling from 1896 that justified official segregation before it was overruled by Brown v. Board of Education 58 years later.

"We're running on 50 years of Roe. It is an egregiously wrong decision that has inflicted tremendous damage on our country and will continue to do so and take innumerable human lives unless and until this court overrules it," he said.

The Mississippi clinic argued that those two cases were correctly decided and have been relied on by women and their partners for nearly a half century, a point also made by Justice Elena Kagan.

The abortion decisions are "part of the fabric of women's existence in this country," she said.

Barrett approached the issue of women's reliance on the abortion rulings from a different vantage point. She suggested that so-called safe haven laws in all 50 states that allow mothers to relinquish parental rights mean women can't be forced into motherhood, which could limit employment and other opportunities.

"Why don't the safe haven laws take care of that problem?" she asked.

Barrett, with a long record of personal opposition to abortion, acknowledged the court still has to deal with the issue of forcing women to remain pregnant against their will.

She described such a pregnancy as "an infringement on bodily autonomy, you know, which we have in other contexts, like vaccines." In its earlier rulings, the court has rooted the right to abortion in the section of the 14th Amendment that says states cannot "deprive any person of life, liberty, or property, without due process of law." Same-sex marriage and other rights, based on the same provision but also not explicitly mentioned in the Constitution, could be threatened if Roe and Casey fall, the administration argues.

Abortion arguments normally would find people camped out in front of the court for days in the hope of snagging some of the few seats available to the public. But with the courthouse closed because of COVID-19, there was only a sparse audience of reporters, justices' law clerks and a handful of lawyers inside the courtroom.

If the court issues its decision in late June it will be a little more than four months before next year's congressional elections, and could become a campaign season rallying cry. 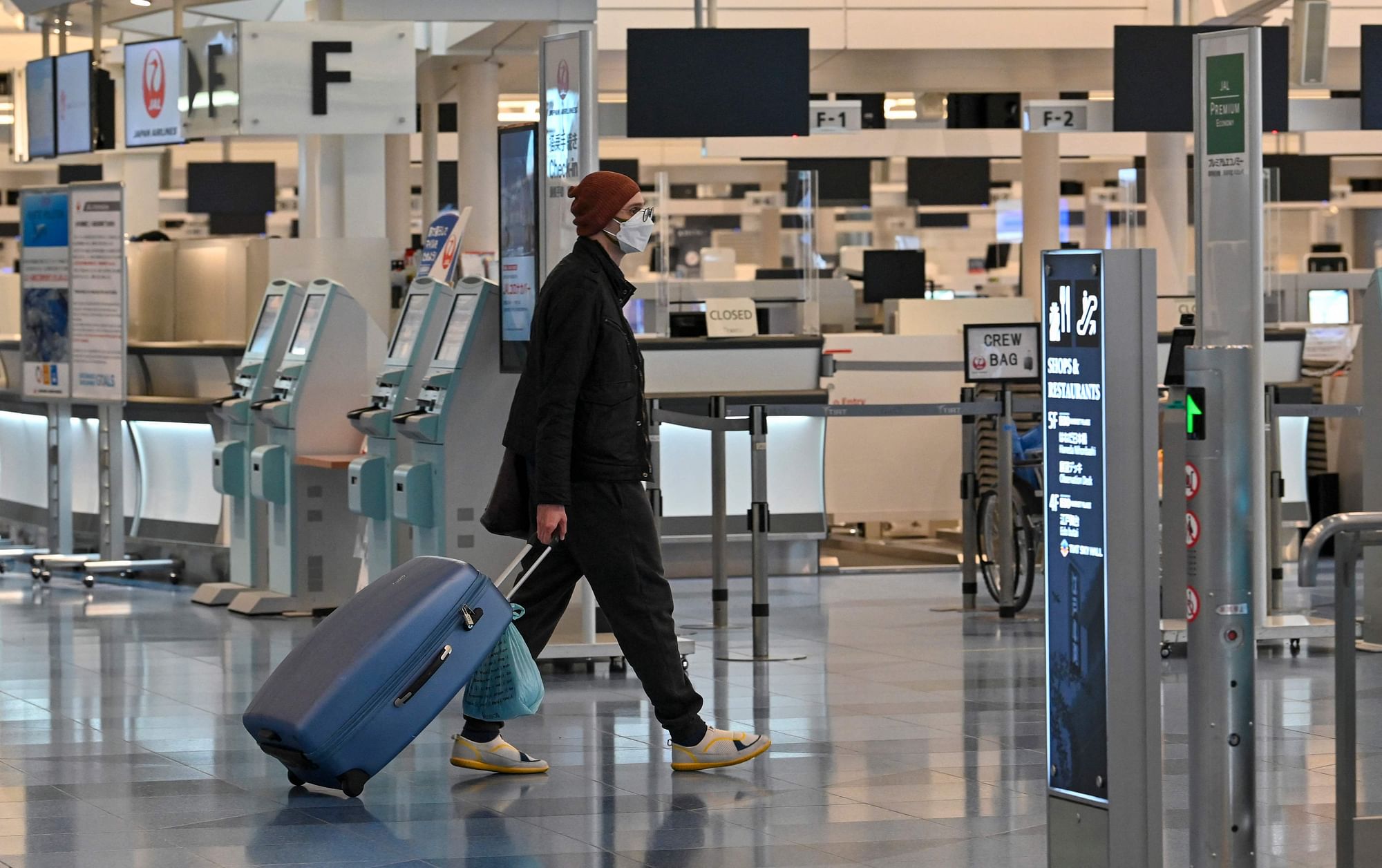