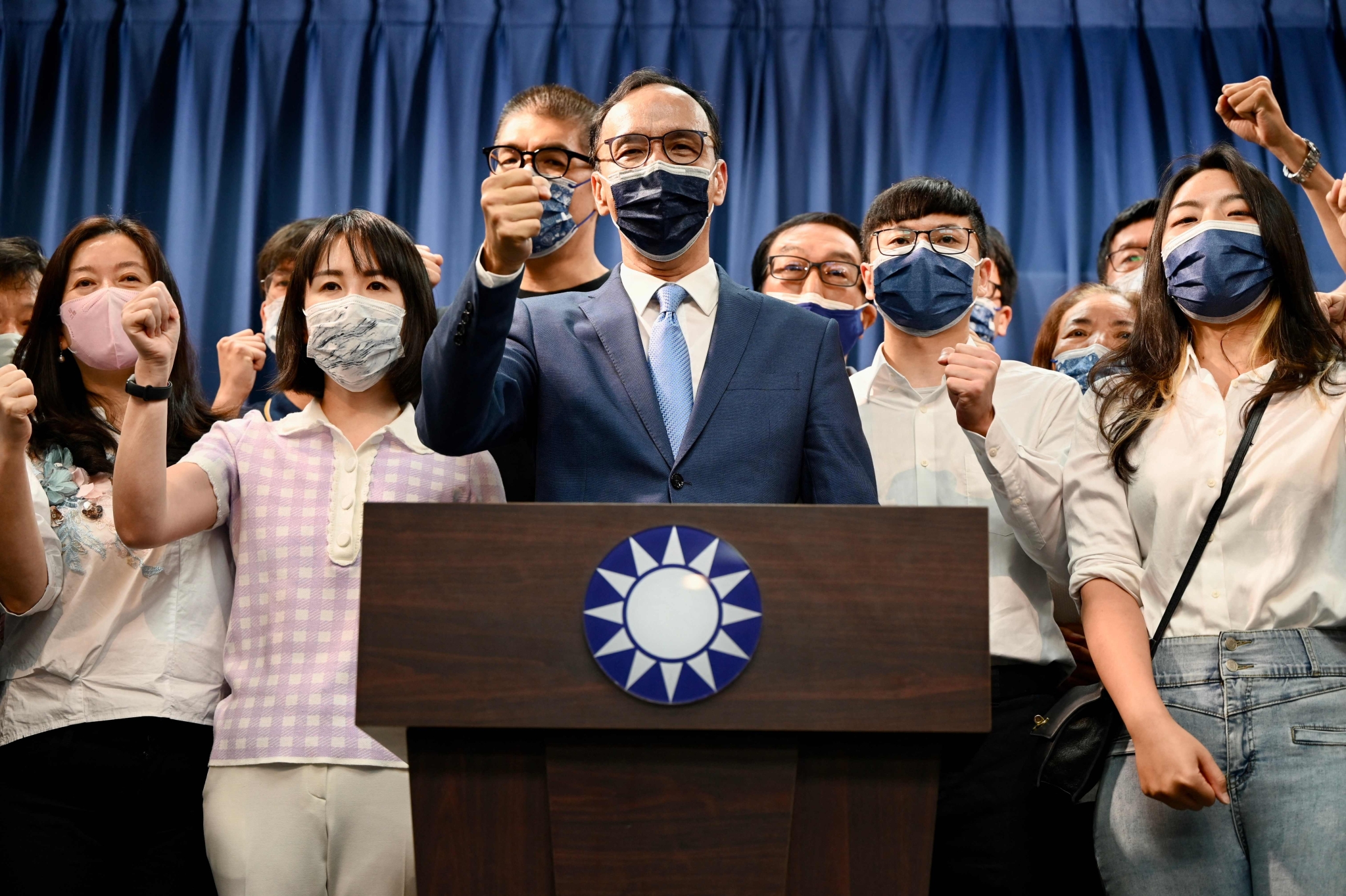 Four candidates, including incumbent chair Johnny Chiang, had competed for the leadership of the party that has advocated closer relations with Beijing.

That means agreeing to Beijing's demand that it regard Taiwan as a part of China, something Taiwan's ruling Democratic Progressive Party has refused to do.

China has threatened to use force to bring Taiwan under its control and has increasingly mobilized military, diplomatic and economic pressure in an attempt to undermine the administration of President Tsai Ing-wen and sway opinion among the Taiwanese people, who strongly favor the status quo of de-facto independence.

Mindful of public sentiments, the Nationalists have advocated a less acrimonious relationship with China, rather than direct moves toward unification between the sides, which are bound by close economic, linguistic and cultural ties.

Chu ran and lost in a landslide against Tsai in 2016, prior to which he had served as party chair and head of the region just outside the capital Taipei.

He may emerge as the party's candidate in the next presidential election in 2024, although that selection process has yet to begin. Tsai is constitutionally barred from running for a third term.

Under Chiang Kai-shek, the Nationalists rose to power in China during the 1920s and led the struggle against Japanese invaders until the end of World War II. Chiang relocated the government, still officially known as the Republic of China, to Taiwan in 1949 as Mao Zedong's Communists swept to power on mainland China.

Taiwan began transitioning from martial law rule to multiparty democracy in the 1980s and held its first direct presidential election in 1996. Since then, power has shifted between the Nationalists, also known as the KMT, and the DPP, although Tsai has won twice by healthy margins and her party has control of the national legislature.

China refuses to recognize Taiwan's government and ensures it is excluded from the United Nations and other international organizations.

Beijing says the island's participation in such roles as an observer to the World Health Assembly is dependent on it endorsing the "one-China principle" and "'92 consensus," named after an agreement reached that year between representatives of the Nationalists and Communists stating that the sides were part of single Chinese nation.

Following Tsai's first election victory in 2016, China cut off all formal contacts between the governments, banned Chinese tour groups from visiting the island and mounted a campaign to poach away Taiwan's dwindling number of diplomatic allies.

Partly in response, the U.S. has stepped up political and military support for the island, despite the lack of formal diplomatic ties between them.