Sunak, who fell to Truss in the last leadership contest, got the backing of at least 100 Conservative Party lawmakers to enter the UK PM race. This is a key development after Liz Truss' resignation as UK Prime Minister on Thursday which threw the country into political turmoil.

London: Conservative British politician of Indian descent Rishi Sunak is quick off the mark to bid for the leadership of the Conservative Party and the British Prime Ministership having secured more than a hundred nominations - which is the minimum requirement to contest for the post. Sunak, who fell to Truss in the last leadership contest, got the backing of at least 100 Conservative Party lawmakers to enter the UK PM race. This is a key development after Liz Truss' resignation as UK Prime Minister on Thursday which threw the country into political turmoil and left it scrambling for a stable government, as the opposition reiterated its demand for a general election.

Former UK PM Boris Johnson had also expressed his will to enter the PM race saying he is "up for it." On Friday, Penny Mordaunt, the Tory leader in the House of Commons too threw her hat in the ring. "I've been encouraged by support from colleagues who want a fresh start, a united party and leadership in the national interest," Mordaunt tweeted.

After Sunak reached the 100 nomination mark Conservative MP for Bournemouth East tweeted, "The free market experiment is over - it's been a low point in our Party's great history. The reset begins. Time for centrist, stable, fiscally responsible Government offering credible domestic & international leadership. Honoured to be the 100th Tory MP to support #Ready4Rishi."

Former Health secretary Matt Hancock also confirmed his support for Sunak. He tweeted, "I have worked incredibly closely with Boris, Rishi & Penny in Government. I admire all three. With the challenges we face today: economic crisis & the need to restore authoritative leadership, Rishi Sunak is the best person to lead our country. I'm voting Rishi & hope you do too."

Meanwhile, Tory MP Nigel Mills said it was a "mistake" for him not to back Sunak during the summer's leadership contest. Mills tweeted, "A few weeks ago I changed my mind and didn't back Rishi Sunak. I'm not making the same mistake again, he is clearly the prime minister we need to restore stability and tackle the many serious challenges facing the country."

Tory MPs will vote on Monday, and two candidates will be put forward to the Tory membership unless one pulls out. The result will be announced on Friday, October 28.

It is pertinent to note that Truss became the shortest-serving British PM after she stepped down, stating that she recognises she "cannot deliver the mandate" on which she was elected. Truss said she would step aside for a new leader to be chosen within the next week.

"I came into office at a time of great economic and international instability. Families and businesses were worried about how to pay their bills, Putin's illegal war in Ukraine threatens the security of our whole continent and our country has been held back for too long by low economic growth," she said in a statement.

Shortly after Truss's resignation, Labour Party leader Keir Starmer issued a scathing statement that ripped into the Conservative Party and called for a general election.

"After 12 years of Tory failure, the British people deserve so much better than this revolving door of chaos. We need a general election now," he said and added that "Each one of these crises was made in Downing Street but paid for by the British public. Each one has left our country weaker and worse off."

"The British public deserves a proper say on the country's future. They must have the chance to compare the Tories' chaos with Labour's plans to sort out their mess, grow the economy for working people and rebuild the country for a fairer, greener future. We must have a chance at a fresh start. We need a general election - now," he added.

Truss stepped down a day after Indian-origin Home Secretary Suella Braverman tendered her resignation, citing "technical infringement of the rules" she committed while sending official documents.

Read Also
Why did UK PM Liz Truss resign? All you need to know about her troublesome 45-day tenure 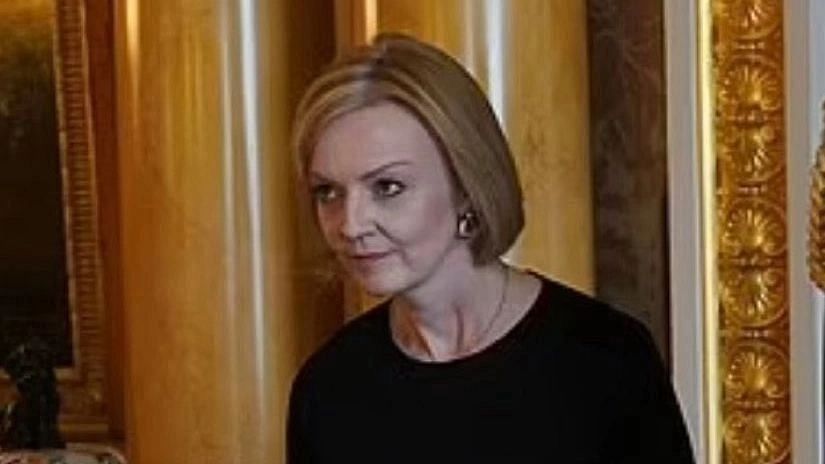 In the letter addressed to PM Truss, she also expressed concerns about the direction of the government and said key pledges made to voters have been broken.

Braverman comes less than a week after UK Finance Minister Kwasi Kwarteng was fired after serving for less than six weeks. Kwarteng was sacked after the new government's September 23 plan of massive tax cuts resulted in the plunging of British government bonds.

Earlier, Truss defeated former Chancellor of the Exchequer Sunak through a postal ballot of all Conservative members. Truss secured 81,326 votes while Sunak got 60,399 votes.

Sunak had thanked supporters who backed him in the Conservative Party race and said now it was time for all of them to unite behind the new UK Prime Minister Liz Truss.

The Tory leadership race was triggered after Boris Johnson was forced to step down on July 7 following a series of resignations of cabinet members, who protested against his scandal-plagued leadership. Sunak and Truss rose to the Conservative ranks to end up as finalists for the contest for the post of UK Prime Minister.