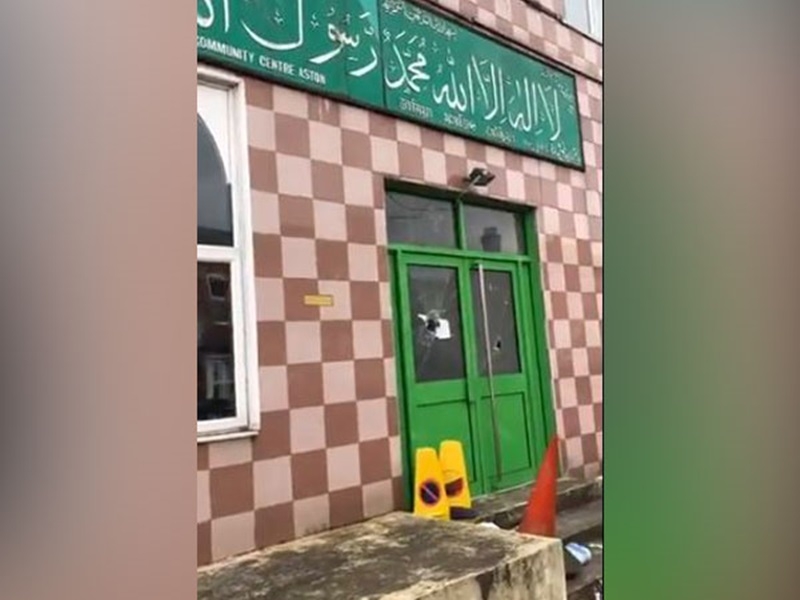 London: Five mosques in the central British city of Birmingham have been attacked overnight, prompting the Counter-Terrorism Unit officers and local police to launch an investigation.  The attacks are believed to be linked after West Midlands Police were called to reports of a man smashing windows with a sledgehammer at the Jame Masjid in Birchfield Road and then soon after to a mosque in Erdington area of the  city with reports of a similar attack.

The force began patrols in areas with mosques and came across further damage at similar Islamic places of worship in other areas. In the wake of the terrorist attack on a mosque in Christchurch, New Zealand, last Friday that claimed 50 lives, West Midlands Police said it was working alongside counter-terrorism officers to uncover the motive behind  the incidents.

“What I can say is that the force and the Counter Terrorism Unit are working side-by-side to find whoever is responsible,” said West Midlands Police Chief Constable Dave Thompson. “Since the tragic events in Christchurch, New Zealand, officers and staff from West Midlands Police have been working closely with our faith partners across the region to offer reassurance and support at mosques, churches and places of prayer,”  he said.