According to a military statement, the shootout took place in the Darazinda area, in the district of Dera Ismail Khan in northwestern Khyber Pakhtunkhwa province.

A counterterrorism task force arrested a suspect involved in the recent killing of a former top judge of the country's restive southwestern Baluchistan province.

Read Also
Who is Ayesha Malik? All you need to know about the first woman judge of Pakistan's Supreme Court 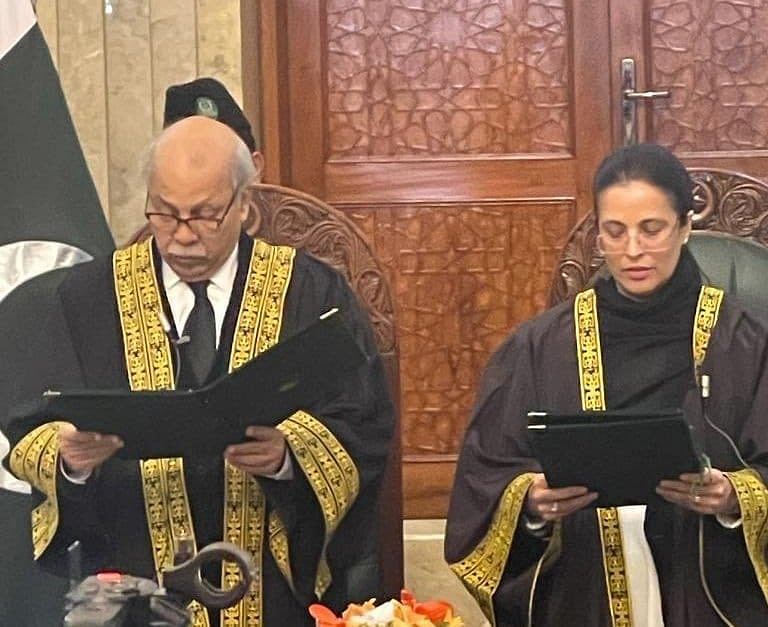 According to a military statement, the shootout took place in the Darazinda area, in the district of Dera Ismail Khan in northwestern Khyber Pakhtunkhwa province, which for many years had been a stronghold of various Islamic militant groups.

The statement said that during an intensive exchange of fire, two soldiers were fatally wounded. A military action was then undertaken to eliminate the fleeing militants, it added.

Separately, the country's counterterrorism task force announced the arrest of the man behind the killing of Baluchistan's former chief justice, Noor Mohammad Meskanzai.

Suspect was a member of outlawed Baluchistan Liberation Army

Senior officer Aitizaz Goraya told reporters that Shafqatullah Yalanzai was arrested in Kharan, where the judge was killed in a gun attack near a mosque two weeks ago. The officer said the suspect was a member of the outlawed Baluchistan Liberation Army, which had claimed the responsibility for the killing.

Goraya claimed the suspect allegedly confessed to his role in the slaying and also revealed details about the group.

Baluchistan, which is rich in mineral resources, has been a scene of low-level insurgency by separatist groups for over two decades. Pakistan's military has claimed it quelled the insurgency but violence persists in the area.