Three US Army helicopters pick up 169 Americans outside Kabul airport, say reports even as President Biden calls evacuations 'most difficult airlift operations ever' 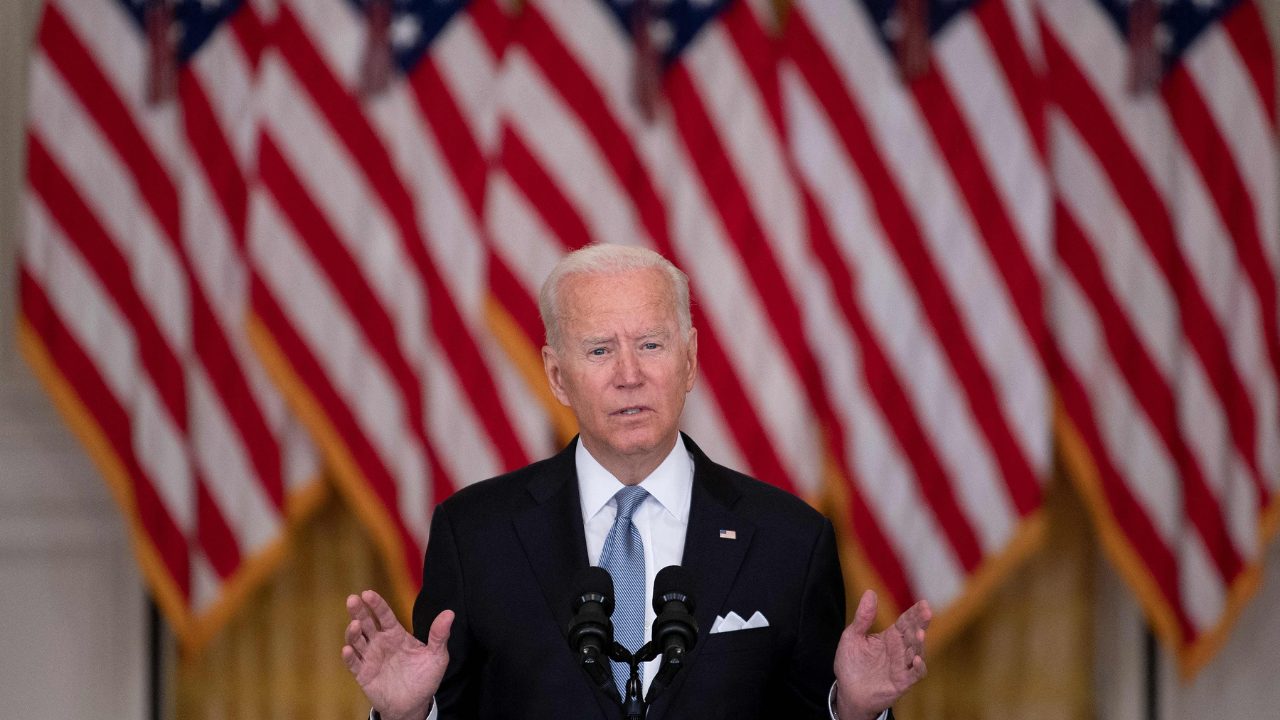 Washington: The US military used three CH-47 "Chinook" helicopters to bring 169 Americans to the Hamid Karzai International Airport in Kabul on Saturday, as per a tweet by Fox News reporter Lucas Tomlinson.

Earlier on Friday, US officials from both the State Department and Pentagon declined to confirm the veracity of the helicopter mission earlier in the day amid reports that nearly 100 were ferried away amid the turmoil in Afghanistan.

Pentagon spokesperson John Kirby said that US operations continue to take place primarily within the confines of the airport itself, although there was one successful mission to rescue 169 Americans from shortly outside the airport's perimeter.

Meanwhile, US President Joe Biden has once again defended his administration's handling of the troops withdrawal from Afghanistan, denying America's allies questioning the country's credibility over the ongoing chaotic evacuation.

He said that he could not guarantee the outcome of emergency evacuations from Kabul, calling it one of the most difficult airlift operations ever, but added he would mobilize "every resource" to repatriate Americans.

"This is one of the largest, most difficult airlifts in history," Biden said in a televised address from the White House, highlighting the dangerous elements of coordinating a mass evacuation while being surrounded by Taliban forces, who took over the Afghan capital on Sunday.

"I cannot promise what the final outcome will be, or... that it will be without risk of loss," he said of the chaotic exit from Afghanistan after nearly 20 years of war and rebuilding. He added that they have secured the airport (in Kabul) enabling flights to resume not just military flights but civilian charters from other countries and the NGOs taking out the civilians & vulnerable Afghanis.

"But as commander in chief, I can assure you that I will mobilize every resource necessary" to conduct a thorough evacuation, Biden added. "Let me be clear: Any American who wants to come home, we will get you home."

The president said US forces have airlifted 13,000 people out of Afghanistan since August 14, and 18,000 since July, with thousands more evacuated on private charter flights facilitated by the US government.

He pledged to use the full force of the US military to complete the withdrawal and bring Americans and their Afghan allies who assisted the United States in the 20-year conflict to safety.

Nearly 6,000 troops are on the ground, providing runway security, and standing guard around the airport to assist civilian departure, said Biden, acknowledging the evacuation mission is "dangerous."

This is Biden's second press conference at the White House since the Taliban took control of the Afghan capital of Kabul last weekend.

Earlier this year, Biden -- building on his predecessor Donald Trump's 2020 call for a withdrawal from Afghanistan -- imposed a deadline of August 31 for a full exit.

While saying he bears responsibility for the unfolding crisis in Afghanistan, Biden has also cast blame on top Afghan leaders, Afghan forces and his predecessor Donald Trump.

In an interview with ABC News on Wednesday, Biden said he believed the withdrawal could not have been executed without chaos ensuing and he was open to extending the August 31 deadline for a total withdrawal from Afghanistan.

The Taliban took over Afghanistan just two weeks before the US was planning to complete its withdrawal of troops from the war-torn country. As Trump blames Joe Biden for ongoing Afghanistan crisis, here's a look at the 2020 peace deal he...