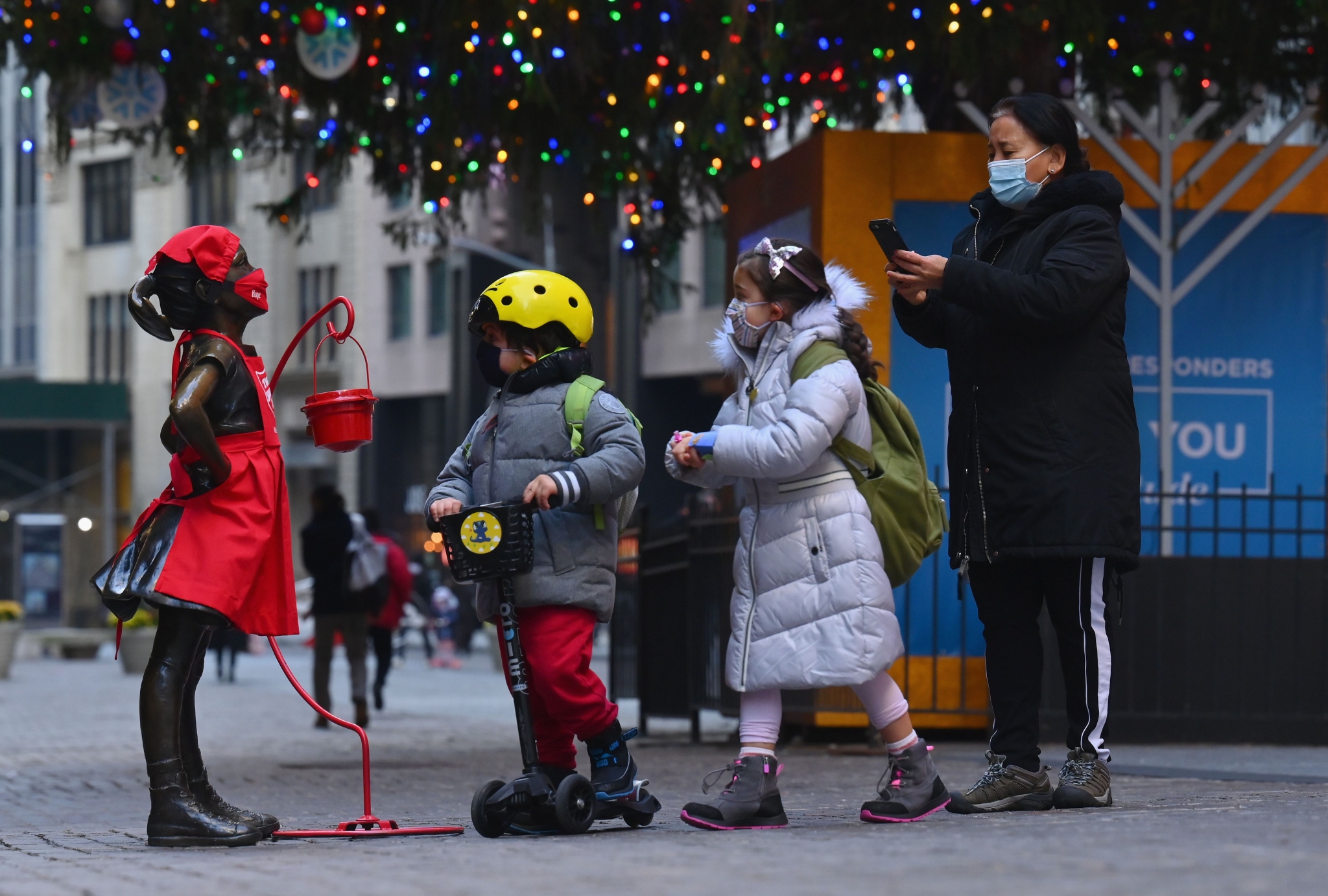 With some Americans now paying the price for what they did over Thanksgiving and falling sick with COVID-19, health officials are warning people - begging them, even - not to make the same mistake during the Christmas and New Year's season.

"It's a surge above the existing surge," said Ali Mokdad, a professor of health metrics sciences at the University of Washington in Seattle. "Quite honestly, it's a warning sign for all of us." Across the country, contact tracers and emergency room doctors are hearing repeatedly from new coronavirus patients that they socialised over Thanksgiving with people outside their households, despite emphatic public-health warnings to stay home and keep their distance from others.

The virus was raging across the nation even before Thanksgiving but was showing some signs of flattening out. It has picked up steam since, with new cases per day regularly climbing well over 200,000.

The dire outlook comes as the U.S. stands on the brink of a major vaccination campaign against COVID-19, with the Food and Drug Administration giving the final go-ahead Friday to use Pfizer's formula against the scourge that has killed over 290,000 Americans and infected more than 15.8 million.

White House chief of staff Mark Meadows had pressed FDA chief Stephen Hahn to grant authorization by the end of the day or face possible firing, according to two administration officials speaking on condition of anonymity.

President Donald Trump, who has been fuming at the FDA for not moving faster on the vaccine, called the agency a "big, old, slow turtle" on Twitter, adding: "Get the dam vaccines out NOW, Dr. Hahn. Stop playing games and start saving lives." Hahn has said he would be guided by "science, not politics." COVID-19 deaths in the US have climbed to a seven-day average of almost 2,260 per day, about equal to the peak seen in mid-April, when the New York City area was under siege. New cases are running at about 195,000 a day, based on a two-week rolling average, a 16% increase from the day before Thanksgiving, according to an Associated Press analysis.

In Washington state, contact tracers counted at least 336 people testing positive who said they attended gatherings or traveled during the Thanksgiving weekend. More are expected.

The virus could still be incubating in someone who was exposed while traveling home the Sunday after Thanksgiving; the end of that two-week incubation period is this Sunday.

Zana Cooper, a 60-year-old cancer survivor in Murrieta, California, tested positive for COVID-19 after attending a Thanksgiving dinner with her son's girlfriend's family. At the dinner, the girlfriend's father, who had recently traveled to Florida, wasn't feeling well and went to bed early.

Cooper learned the following Sunday that he tested positive.

The next round of festivities could yield even more cases. Wall-to-wall holidays started this week. Hanukkah began Thursday evening and ends Dec. 18, followed by Christmas, Kwanzaa and New Year's Eve.