Tens of thousands evacuated as wildfires rage in California 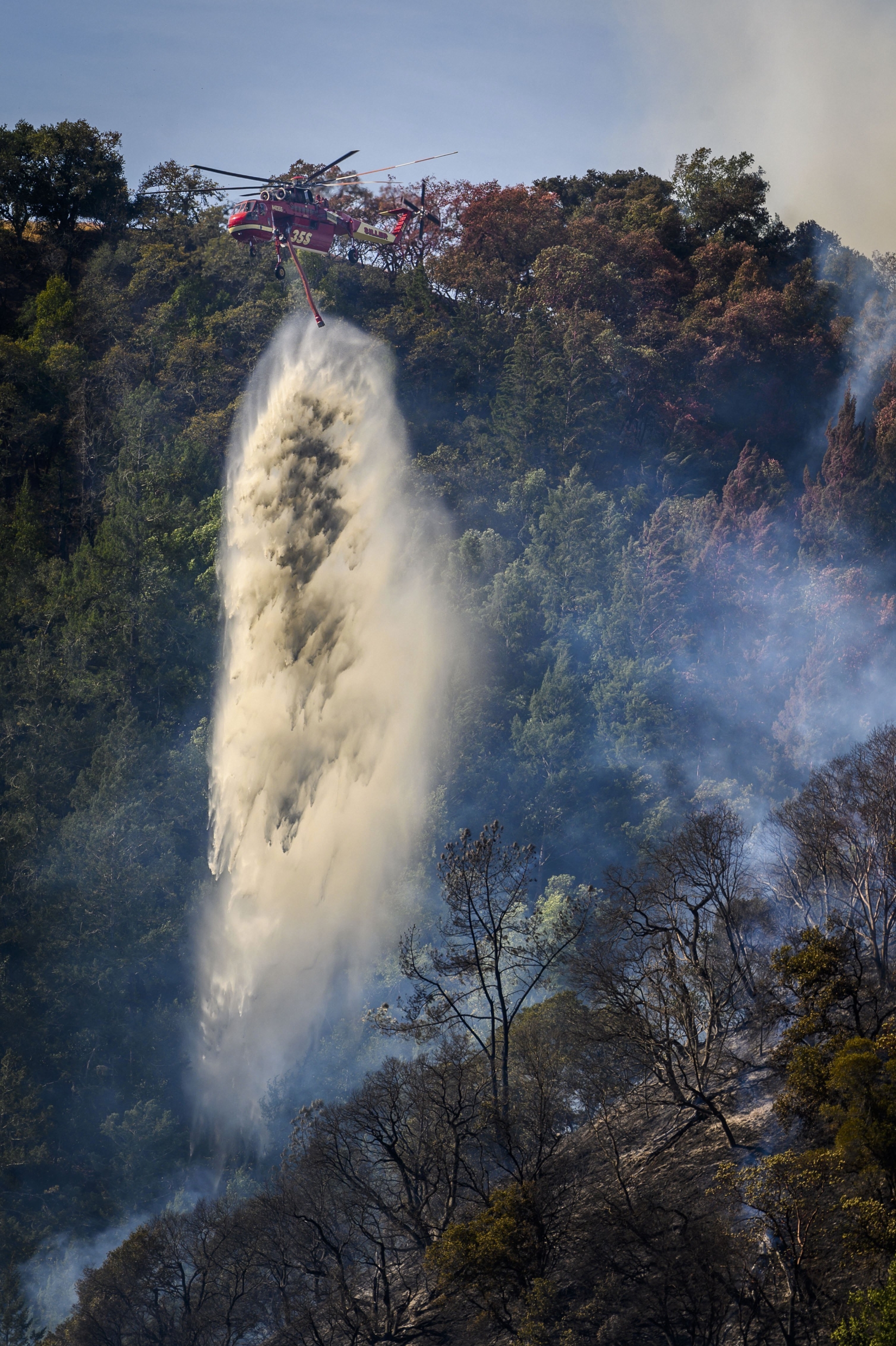 A helicopter drops retardant on a wildfire in Geyserville. | –AP/PTI Photo

Los Angeles: Some 50,000 people were ordered to flee their homes north of Los Angeles on Thursday as a fast-moving wildfire driven by high winds erupted and raged out of control. The so-called Tick Fire near Santa Clarita, about 40 miles (65 kilometers) north of Los Angeles, broke out in the early afternoon and quickly consumed 5,000 acres (2,023 hectares), fire officials said.

The blaze burned several homes and structures and forced the closure of a major highway and a number of roads, as some 500 firefighters backed by air tankers and helicopters battled the flames. There were no immediate reports of injury. In northern California wine country, some 2,000 people were ordered to evacuate after a brush fire erupted late Wednesday, quickly growing from a blaze of a few hundred acres into a 16,000-acre inferno, California fire officials said. About 500 responders battled the fire fed by wind gusts topping 70 miles per hour (113 kilometers per hour).

Mandatory evacuation orders were issued for the community of Geyserville and nearby vineyards after the fire started in a mountainous area and quickly spread, crossing a highway and moving toward homes, the Sonoma County Sheriff's Office said.The blaze -- 75 miles (120 kilometers) north of San Francisco -- came amid official warnings that much of northern California and parts of the south were under imminent threat of fires into Friday because of blustery, dry weather and high temperatures.

Another brush fire in San Bernardino County, about 60 miles east of Los Angeles, also prompted evacuation orders as it quickly burned 75 acres. Power was cut to some 180,000 customers in the northern part of the state Thursday and similar preemptive shutoffs affected thousands of customers further south due to conditions that are ripe for wildfires.