The winners were announced by Goran Hansson, secretary-general of the Royal Swedish Academy of Sciences
FPJ Web Desk 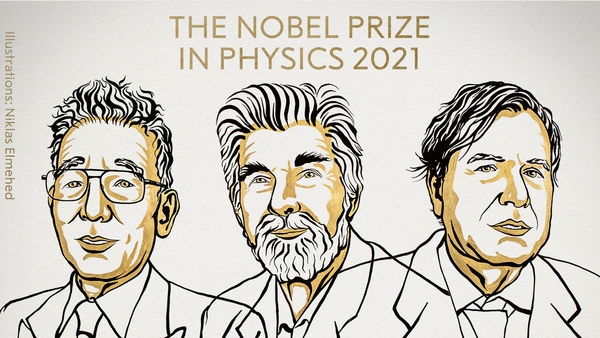 On Tuesday, three names were announced for the 2021 Nobel Prize winners in physics.

The Royal Swedish Academy of Sciences has decided to award the Nobel Prize in Physics to Syukuro Manabe, Klaus Hasselmann, and Giorgio Parisi "for groundbreaking contributions to our understanding of complex physical systems."

The winners were announced by Goran Hansson, secretary-general of the Royal Swedish Academy of Sciences. Last year, the prize went to American Andrea Ghez, Roger Penrose of Britain, and Reinhard Genzel of Germany for their research into black holes.

The prestigious award comes with a gold medal and 10 million Swedish kronor (over $1.14 million). The prize money comes from a bequest left by the prize's creator, Swedish inventor Alfred Nobel, who died in 1895. On Monday, the Nobel Committee awarded the prize in physiology or medicine to Americans David Julius and Ardem Patapoutian for their discoveries into how the human body perceives temperature and touch.

The winner of the chemistry prize will be announced tomorrow and the literature prize winner on Thursday.

This year, 329 candidates were nominated for the Peace Prize, 234 of them are individuals, the remaining 95 are organizations.