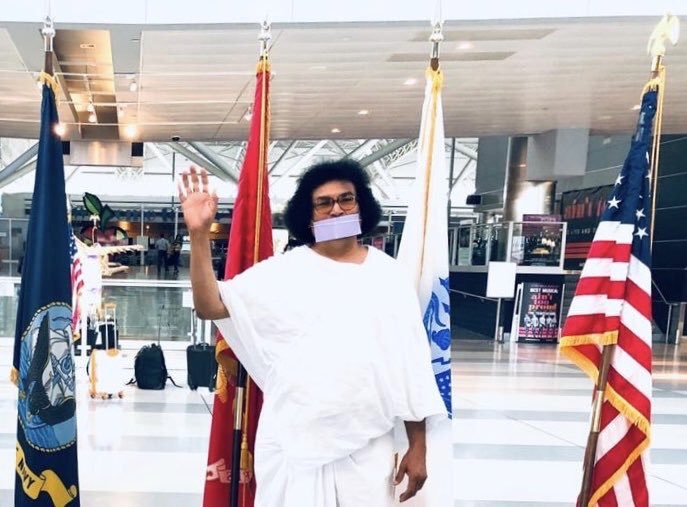 The theme of the three-day conference was, "Opening Our Hearts to The World: Compassion in Action", where religious leaders of many faiths shared their views. The congregation was attended by over 1,000 people from 80 countries.

Acharya Dr Lokesh Ji, who is also the founder of Ahimsa Vishwa Bharti, while addressing the congregation said that every particle of our creation is interconnected and dependent on each other. The slogan of Jainism, 'Parasparopagraho Jeevanam', is very relevant, according to which we should always be ready for each other's cooperation in life.

"People need to stand together in such difficult times. By following the path of 'Paraparopagraho Jeevanam' and by supporting each other, one can overcome the problem," he said.

He also said that India is a faith-oriented country, where every day lakhs of people visit religious places.

"According to the call of the Parliament of World Religions, religious leaders inspired by compassion may serve and teach their followers inspiration and co-operation. By following this, we can make the vision of the 8th World Parliament of Religions “Opening Your Heart to the World: Compassion in Action."

On terrorism, Acharya Dr Lokesh Ji said everyone is looking towards the World Parliament of Religions for help. "Since war, violence and terror is not the solution, it is necessary to call on this forum to solve global problems through dialogue," he said.

The first such conference was attended by Swami Vivekananda in Chicago in 1893 where he had delivered his iconic speech that swept the world off its feet.

The second conference was held after 100 years in 1993. "I attended the 6th conference in Salt Lake City in the US. In 2018, I attended it in Toronto and now it is being held every three years. Owing to the pandemic, it was held online this year," said Acharya Lokesh Muni Ji.