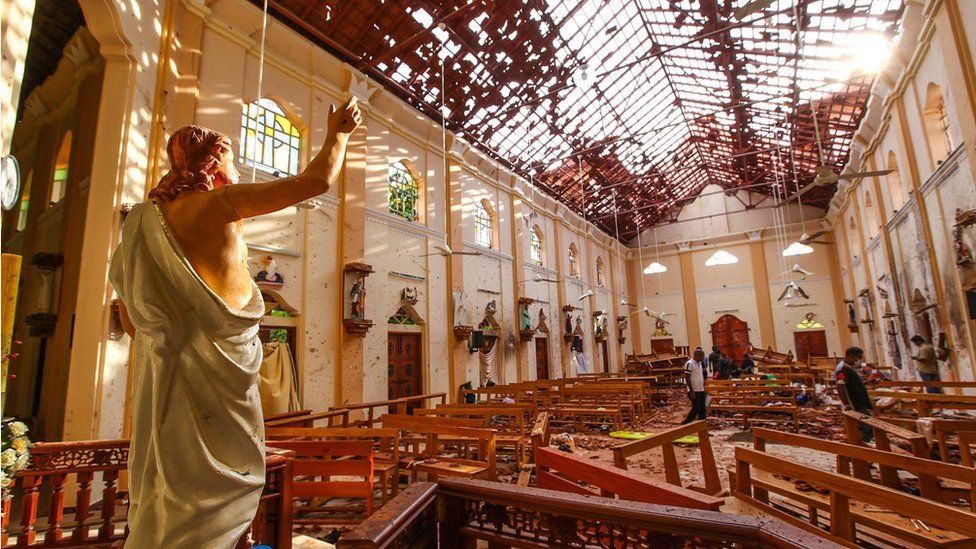 A Sri Lankan court has started the first of three trials that will be conducted in connection to the church bombings in the island nation which killed nearly 270 people while injured as many in the 2019 terrorist bomb attack.

The former national chief of police Pujith Jayasundara will also be called upon in the trial that began on Monday for failing to act upon repeated intelligence warnings of a possible terror attack in Sri Lanka.

The court has listed a total of 1,215 witnesses to provide evidence while a total of 855 charges of murder and attempted murder were read out by the court confronting the police chief Jayasundara.

"Our position is the former police chief is not guilty. He did not intentionally aid or abet the attacks and there was no omission on his part that caused the attacks," attorney Ranjith Dehiwala told Reuters.

Apart from the police chief, the court has also summoned the top official of the defence ministry and ex-Defence Secretary Hemasiri Fernando who will be facing similar charges of negligence. However, the official or his lawyer has not reached out to the court for trials.

The New York Times and AFP reported on a police chief warning security officials in an advisory ten days before the attacks of a threat to prominent churches from a radical Islamist group, National Thowheeth Jama'ath.

A total of 23,000 charges have been levelled against 24 suspects accused of carrying out the Easter Sunday Church attack in 2019.

The suspects have been charged with conspiring to murder, aiding and abetting the attacks, and collecting arms and ammunition. The group also includes Mohammad Naufer, who officials say masterminded the attacks and is linked to Islamic State.

On 21 April 2019, Easter Sunday, three churches in Sri Lanka and three luxury hotels in the commercial capital, Colombo, were targeted in a series of coordinated Islamist terrorist suicide bombings. Later that day, there were smaller explosions at a housing complex in Dematagoda and a guest house in Dehiwala. A total of 267 people were killed, including at least 45 foreign nationals, three police officers, and eight bombers, and at least 500 were injured.

According to Sri Lankan government officials, all eight of the suicide bombers in the attacks were Sri Lankan citizens associated with National Thowheeth Jama'ath.

The witnesses and people have appealed to the government to support survivors and ensure the trials are allowed to proceed without political interference. USA: At least 5 people dead, more than 40 injured after SUV speeds into Christmas parade in Waukesha