Colombo (Sri Lanka): Sri Lankan President Gotabaya Rajapaksa has declared a public emergency amidst a spate of protests over the worst economic crisis in the country.

Rajapaksa issued a special gazette notification on Friday, declaring a public emergency in Sri Lanka with effect from April 1.

On the President's command, Secretary to the President Gamini Senarath issued the Extraordinary Gazette Notification.

The move came after a violent protest erupted outside the residence of Rajapaksa on Thursday as hundreds of demonstrators gathered there and demanded his resignation for what they called his failure in addressing the worst economic crisis in the island nation.

Several people were injured and vehicles were set on fire as the agitation turned violent. Police fired tear gas and water cannons at the protesters after they pulled down a steel barricade placed near the president's residence. Following the incident, several people were arrested and a curfew briefly imposed in most parts of Colombo city.

A foreign exchange crunch in Sri Lanka has led to a shortage of essential goods such as fuel and cooking gas. Power cuts that last up to 13 hours a day.

A statement issued by the presidential media division on Friday said an extremist group was behind the unrest near President Rajapaksa's residence in Mirihana.

Meanwhile, the police said the number of people arrested in the aftermath of the violence has risen to 54. Lawyers linked to opposition parties claimed that the police might charge those arrested under the draconian Prevention of Terrorism Act (PTA).

Five policemen were injured, while a police bus, a jeep and two motorcycles were burnt as protesters turned violent. The demonstrators also caused damage to a police water cannon truck.

Rajapaksa has defended his government's actions, saying the foreign exchange crisis was not his making and the economic downturn was largely pandemic driven where the island's tourism revenue and inward remittances waning. 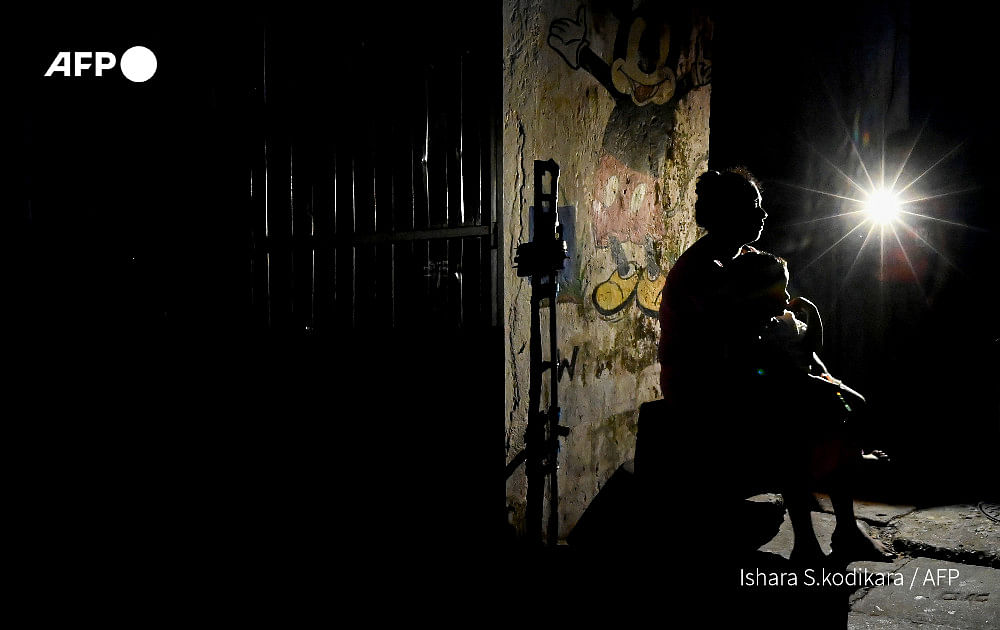