Thousands of protestors have taken to the streets of the capital Colombo in one of the largest agitations against the government’s “failed” response to the country’s deepening economic crisis. Sri Lanka has been rocked by public protests for more than a month with people facing acute shortage of food, fuel and power. Angry protestors have even attacked the President's residence and those of other politicians.

"This protest will not end until this govt is brought down. We will stay here for months, years. It's not about a single-family but the entire corrupt system," ANI quoted a protestor as saying.

Saturday's social-media organised protest drew the largest numbers since the crisis blew up last month, according to AFP reporters.

The island nation is reportedly facing its worst economic crisis since gaining independence from the British in 1948 which has triggered food shortages, soaring prices and power cuts.

Many say the government is to blame. and in recent days, thousands of Sri Lankans have taken to the streets to demand the resignation of President Gotabaya Rajapaksa, the BBC reported Sunday.

Meanwhile, another large batch of Lankan refugees reached the Tamil Nadu coast on Sunday. With the arrival of the latest batch, a total of 39 Sri Lankan Tamils have reached India since March 22. 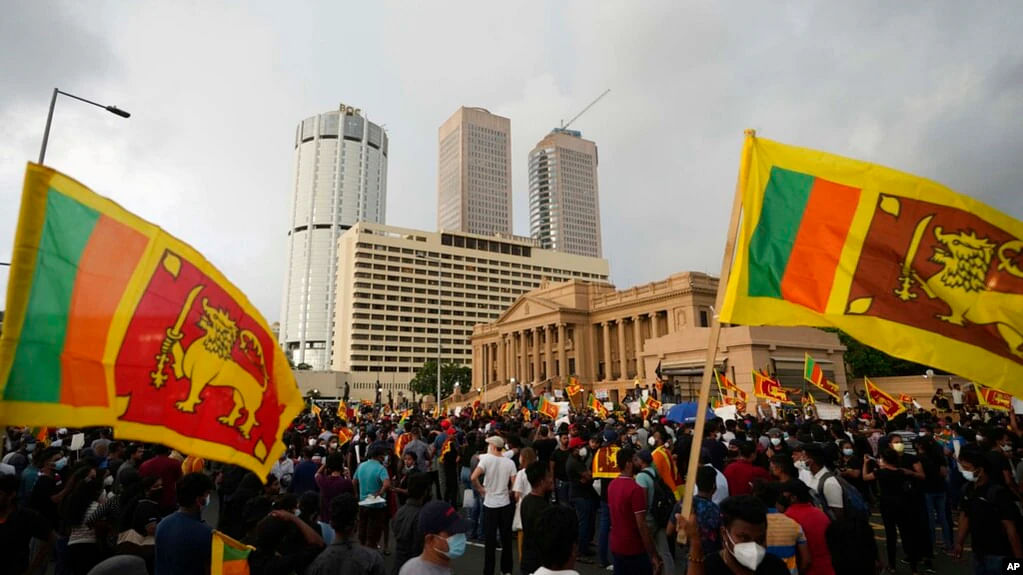