We have determined it is not in national interest to maintain the agreement that was signed for the purpose of exchanging sensitive military intelligence: Official
Agencies 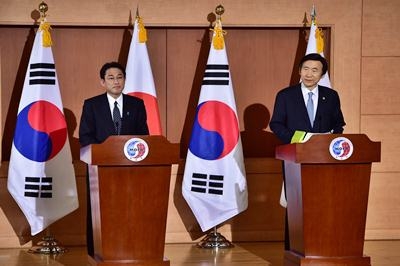 Seoul: South Korea said Thursday it will terminate its military intelligence-sharing pact with Japan amid intensifying trade and diplomatic disputes with Tokyo.

The decision comes as Seoul and Tokyo are locked in a tit-for-tat trade and diplomatic dispute following a series of South Korean court rulings against Japanese firms, requiring them to pay for forced labour during World War II.

He said Tokyo had done so citing security concerns and a loss of trust with South Korea, and that caused "significant change" in the nature of defence cooperation.

"In such a situation, we have determined it is not in the national interest to maintain the agreement that was signed for the purpose of exchanging sensitive military intelligence," he added.