He was a staunch conservative whom political critics had described as a right-wing Japanese nationalist.

Former Prime Minister of Japan, Shinzo Abe, was the longest-serving PM in Japanese history. He was a staunch conservative whom political critics had described as a right-wing Japanese nationalist.

Abe comes from a politically affluent family. While his father was a foreign minister, his great-uncle was also Japan's Prime Minister. He was elected the House of Representatives in 1993 election. 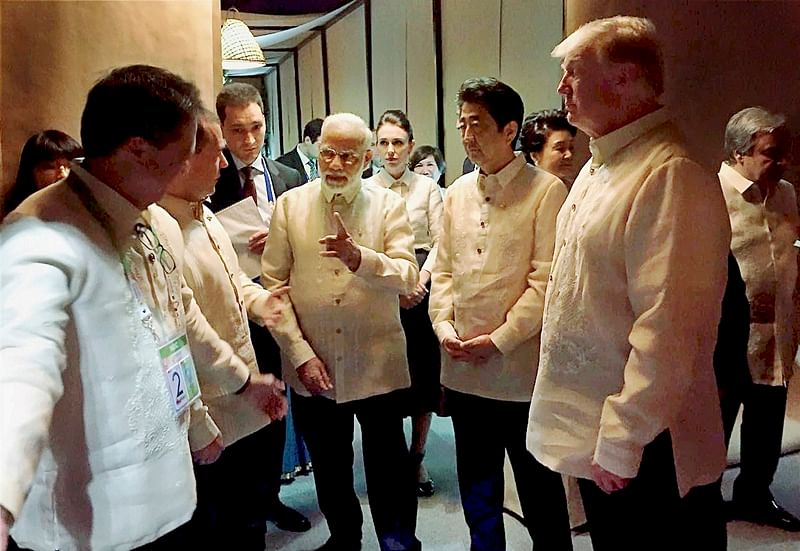 He has held crucial posts Chief Cabinet Secretary in 2005 and in 2006 became the Prime Minister and became youngest post world-war Prime Minister. He however had to resign a year later owing to health issues.

Abe made an unexpected comeback in 2012 and led the LDP to landslide victories in 2014 and 2017 polls. He served as Prime Minister until 2020 when he announced his second resignation citing health reasons.

Shinzo Abe, who was known to be of conservative political ideology, was referred to as a 'good friend' by India's Prime Minister Narendra Modi.

He was shot on July 8, while addressing a crowd in Nara prefecture. He was supporting fellow LDP party member- Kei Sato for the House of Councillors election.

Numerous world leaders had expressed their condolences for Abe.

I am shocked and saddened beyond words at the tragic demise of one of my dearest friends, Shinzo Abe. He was a towering global statesman, an outstanding leader, and a remarkable administrator. He dedicated his life to make Japan and the world a better place.

We, the leaders of Australia, India, and US, are shocked at the tragic assassination of former Japanese Prime Minister Shinzo Abe. Prime Minister Abe was a transformative leader for Japan and for Japanese relations with each one of our countries: Quad Joint Leaders’ Statement pic.twitter.com/n1DREbcc6w