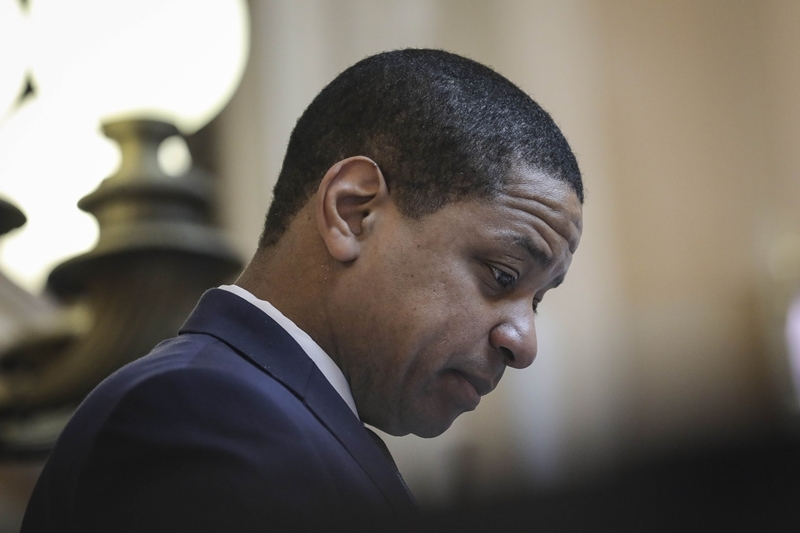 RICHMOND, VA - FEBRUARY 07: Virginia Lt. Governor Justin Fairfax presides over the Senate at the Virginia State Capitol, February 7, 2019 in Richmond, Virginia. Virginia state politics are in a state of upheaval, with Governor Ralph Northam and State Attorney General Mark Herring both admitting to past uses of blackface and Lt. Governor Justin Fairfax accused of sexual misconduct. Drew Angerer/Getty Images/AFP == FOR NEWSPAPERS, INTERNET, TELCOS & TELEVISION USE ONLY == |

Washington: A second woman has come forward with claims that she was sexually assaulted by Virginia’s Lieutenant Governor Justin Fairfax in 2000 when both were undergraduate students at Duke University, prompting top fellow Democrats to call for his resignation. Maryland woman Meredith Watson said on Friday that she was sexually assaulted by Fairfax in a “premeditated and aggressive” attack in 2000 and demanded that he should step down immediately, the New York Times reported.

Watson’s accusation came after Vanessa C. Tyson, a political science professor from California, said she was assaulted by Fairfax during the 2004 Democratic National Convention in Boston. Fairfax, who has denied both allegations, was facing a wave of calls for his resignation by Friday night. Democrats in the Virginia House and Senate urged him to step down, saying he “could no longer fulfil his duties to the commonwealth”, as did the Virginia Legislative Black Caucus, a powerful bloc within the General Assembly.

They were joined by Senator Tim Kaine, who said in a Twitter statement that the accusations against Fairfax “detail atrocious crimes”. Fairfax, however, vowed not to resign. “I demand a full investigation into these unsubstantiated and false allegations. Such an investigation will confirm my account because I am telling the truth,” he said.