Russia-Ukraine war: US will be involved if Vladimir Putin moves into NATO countries, says Joe Biden

Washington: President Joe Biden said the US will intervene if Vladimir Putin moves into NATO countries, stressing that if his Russian counterpart is not stopped now, he will be emboldened.

Biden said he has no plans to talk to Putin but he spoke to Ukrainian President Volodymyr Zelenskiy and assured him that the US will provide humanitarian relief to ease the suffering of the people of Ukraine.

"Well, if he (Russian President Vladimir Putin) did move to NATO countries, we will be involved. The only thing that I am convinced of is if we don't stop (him) now, he'll be emboldened. If we don't move against him now with these significant sanctions, he will be emboldened," Biden told reporters on Thursday at a White House news conference, where he also announced a series of tough sanctions against Russia.

Responding to questions, the president said it is already a large conflict. "The way we're going assure it is not going to spiral into a larger conflict is by providing all the forces needed in the eastern European nations that are members of NATO. NATO is more united than it has ever been, and I have no plans to talk with Putin," he said.

Amidst the Russian invasion of Ukraine, the US has deployed additional troops to defend its NATO allies, particularly in eastern Europe.

Biden claimed Putin has much larger ambitions in Ukraine. "He wants to, in fact, re-establish the former Soviet Union. That's what this is about. And I think that his ambitions are completely contrary to the place where the rest of the world has arrived," he said.

Biden said he spoke to Zelenskiy late last night and assured him that the US, together with its allies and partners in Europe, will support the Ukrainian people as they defend their country.

"We will provide humanitarian relief to ease their suffering. In the early days of this conflict, Russia propaganda outlets will keep trying to hide the truth and claim success for its military operation against a made-up threat," he said.

"We stand up for freedom. This is who we are," he added. The US has said it will not send troops to Ukraine to fight against Russian forces. Biden warned Russia against launching cyberattacks on US firms and infrastructure.

"Let me also repeat the warning I made last week -- if Russia pursues cyberattacks against our companies, our critical infrastructure, we are prepared to respond. For months, we've been working closely with the private sector to harden our cyber defences, sharpen our ability to respond to Russia's cyberattacks as well," he said.

To a query on banning Russia from the SWIFT financial system, Biden said the sanctions proposed by the US on all Russian banks are of equal or maybe more consequence than that.

"It is always an option, but right now, that's not the position that the rest of Europe wishes to take," he said. There is no doubt that when a major nuclear power attacks and invades another country that the world is going to respond, and markets can respond all over the world, he noted. Biden announced a new round of sanctions targeting Russia after its invasion of Ukraine. The sanctions target Russian banks, oligarchs, and high-tech sectors. 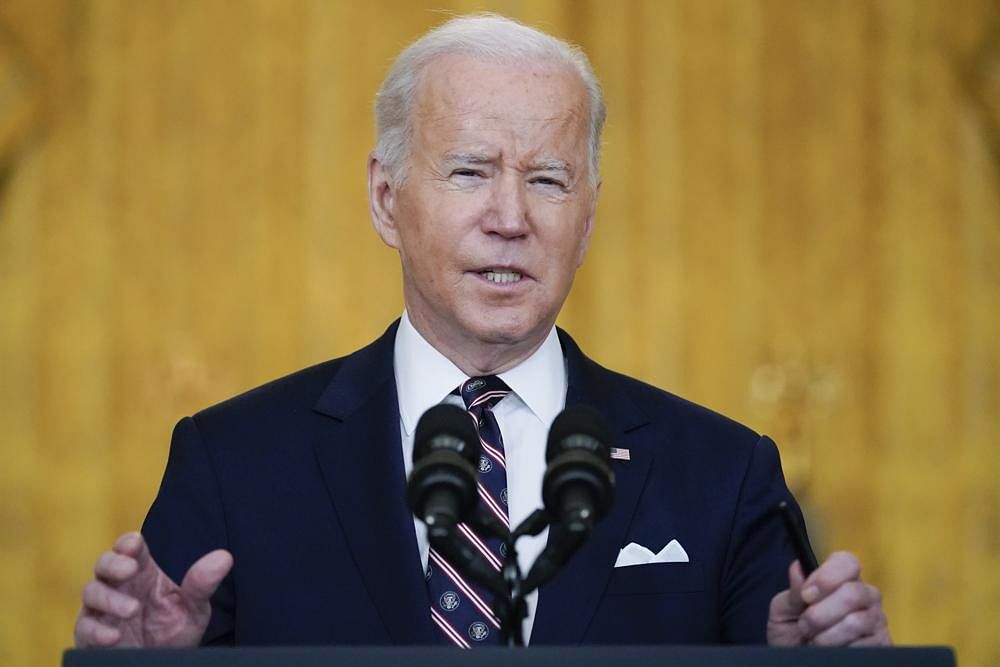 HomeWorldRussia-Ukraine war: US will be involved if Vladimir Putin moves into NATO countries, says Joe Biden