As per White House reports, the two leaders will discuss managing the competition between the two countries with its main focus on Russia's war against Ukraine including other issues.

United States President Joe Biden and his Chinese counterpart, Xi Jinping, have begun their first direct talks on Friday for the first time since the Russian invasion began in Ukraine.

The talks are taking place amid growing US concern over China's relationship with Russia and its Russia-pro stance on the war leading to brutal conditions in all of Ukraine.

According to media reports, President Biden and President Xi began speaking at 13:00 GMT on Friday, the White House said, amid warnings from Washington that China may be considering providing military support to Russia.

This is part of ongoing efforts to maintain open lines of communication between the United States and the People's Republic of China, the US had said earlier in the day.

As per White House reports, the two leaders will discuss managing the competition between the two countries with its main focus on Russia's war against Ukraine including other issues.

According to a report by Global Times, China accepted the US' proposal for the phone call between the heads of the two countries on China-US relations adding that, however, it will never accept US threats and coercion over the Ukraine issue that could harm China's legitimate interests.

Reportedly, US Secretary of State Antony Blinken claimed that Biden will make clear during Friday's call that China will "bear responsibility for any actions it takes to support Russia's aggression, and we will not hesitate to impose costs," he told a media briefing. 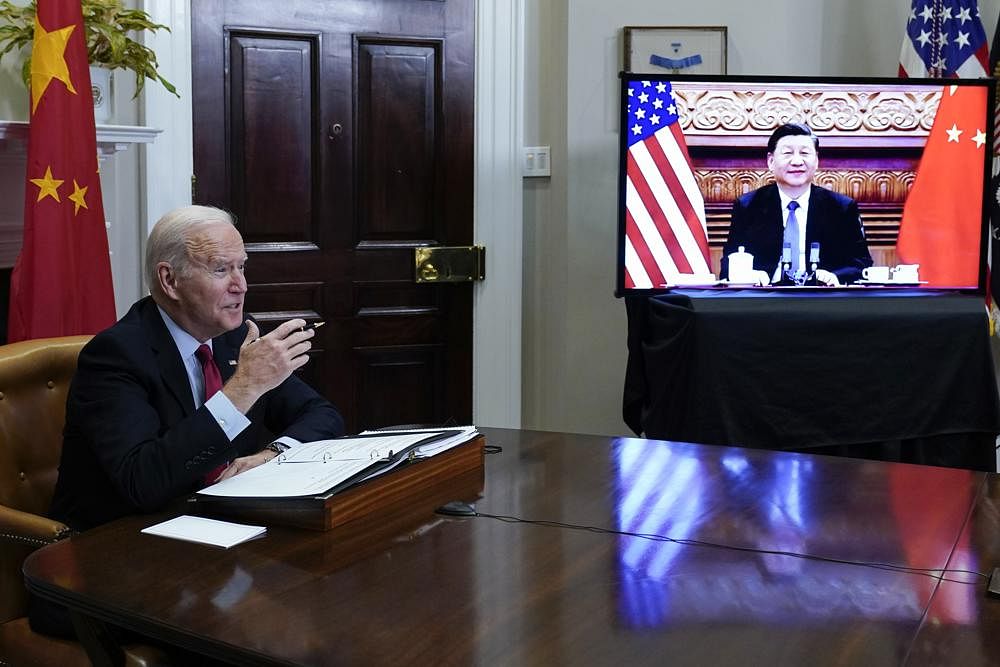