Russia-Ukraine War: Key points to about the ongoing conflict

The war has forced more than 2.5 million people to flee Ukraine, while others seek refuge in basements, subway stations and underground shelters.

Russian troops are pressing their offensive across Ukraine, pounding populated areas with artillery and airstrikes and deploying siege tactics honed in Syria and Chechnya — where opposing cities were reduced to rubble.

The bombardment has intensified as units fan out to prepare their assault on Kyiv, a major political and strategic prize for Russian President Vladimir Putin but one that ground troops would pay dearly to take.

Ukrainians armed with portable missiles and Molotov cocktails have vowed to annihilate any Russian forces who enter the capital, but they themselves are likely to face days or weeks of murderous shelling before any tanks roll in.

The war has expanded to areas closer to NATO members Poland and Romania, with Ukrainian authorities saying Russian airstrikes attacked sites in two cities near those borders. Meanwhile residents in some besieged areas — like the surrounded port city of Mariupol — have faced so much firepower they can’t even bury the dead.

Ukrainian President Volodymyr Zelenskyy has accused Russia of kidnapping the mayor of another, occupied city, calling it “a new stage of terror.”

The West has ramped up economic pressure on Russia, as the U.S. and its allies downgraded Russia’s trade status — the latest in efforts to further isolate Moscow for the invasion.

The war has forced more than 2.5 million people to flee Ukraine, while others seek refuge in basements, subway stations and underground shelters.

Here are some key things to know about the war:

WHAT’S HAPPENING ON THE GROUND IN UKRAINE?

Ukrainian authorities have warned of a humanitarian catastrophe in Mariupol, which has been encircled by Russian forces and cut off from deliveries of food and medicine.

Repeated attempts to bring in food and evacuate civilians from Mariupol have been cancelled due to relentless Russian fire, while Moscow accuses the Ukrainians of violating cease-fires. Mariupol’s mayor says the 12-day assault has killed over 1,500 people.

“There is a humanitarian catastrophe in the city and the dead aren’t even being buried,” Mariupol’s mayor’s office said in a statement Friday, calling for Russian forces to lift the siege.

Ukraine’s government said on Saturday that Russia shelled a mosque sheltering more than 80 people in Mariupol, but didn’t give an immediate report on casualties. The Ukrainian Embassy in Turkey earlier said a group of 86 Turkish nationals, including 34 children, were among those sheltering in the mosque.

Elsewhere, Zelenskyy said the mayor of the city of Melitopol, west of Mariupol and near Crimea, was kidnapped, equating it to the actions of “ISIS terrorists.”

“They have transitioned into a new stage of terror, in which they try to physically liquidate representatives of Ukraine’s lawful local authorities,” Zelenskyy said in an overnight video address.

Kirill Timoshenko, the deputy head of Ukraine’s presidential office, posted a video which he said shows armed men carrying Mayor Ivan Fedorov across a square. Russian forces captured Melitopol, with a population of 150,000, on Feb. 26.

The prosecutor’s office of the Luhansk People’s Republic, a Moscow-backed rebel region in eastern Ukraine, accused Fedorov on its website of “terrorist activities.”

To the north, Russian forces were blockading Kharkiv, Ukraine’s second-largest city, even as efforts have been made to create new humanitarian corridors around it and other urban centres.

Ukraine’s emergency services reported that the bodies of five people were pulled from an apartment building that was struck by shelling in Kharkiv, including two women, a man and two children.

In Kyiv, an ammunition depot outside the city was shelled overnight, sending billowing black smoke into the sky, according to a video provided by emergency workers. It was unclear immediately if were injuries or deaths.

As part of a multi-front attack on the capital, the Russians’ push from the northeast appeared to be advancing, a U.S. defence official said, speaking on condition of anonymity to give the U.S. assessment of the fight. Combat units were moved up from the rear as the forces advanced to within 30 kilometres (18.6 miles) of Kyiv.

New commercial satellite images appeared to capture artillery firing on residential areas that stood between the Russians and the capital. The images from Maxar Technologies showed muzzle flashes and smoke from big guns, as well as impact craters and burning homes in the town of Moschun, 33 kilometres (20.5 miles) from Kyiv, the company said.

The strikes in western Ukraine, on Ivano-Frankiivsk and Lutsk, were confirmed by Russia, which said it used long-range weapons to put military airfields in the two cities “out of action.” Lutsk Mayor Ihor Polishchuk said four servicemen were killed and another six were wounded.

WHAT HAS THE AP DIRECTLY WITNESSED OR CONFIRMED?

More shelling and airstrikes pummeled Mariupol on Friday, leaving apartment complexes on fire as temperatures hovered around freezing. The city of 430,000 has been without food, running water and electricity for 10 days.

On Friday, an Associated Press photographer captured the moment when a tank appeared to fire directly on an apartment building in Mariupol, enveloping one side in a billowing orange fireball.

A newborn girl nestled against her mother after Russian airstrikes hit the Mariupol maternity hospital where the woman was to give birth. Mariana Vishegirskaya had her baby, Veronika, via cesarean section in another hospital on the city’s outskirts a day after the Wednesday attack at the hospital shocked the world.

In Baryshivka, a village east of Kyiv, people surveyed the damage and boarded up windows after a Russian bombing reduced a restaurant and a cinema to hanging metal, dust, glass and other debris. Ivan Merzyk, a 62-year-old resident, said: “Putin created this mess, thinking he will be in charge here. Ukrainians are a free nation. We are not going away from here and we don’t want to see any Russian here.”

ARE PEOPLE BEING SAFELY EVACUATED FROM UKRAINE?

Ukrainian authorities said there are plans for several evacuations and humanitarian aid delivery routes. The top priority remains to free people from the city of Mariupol and to get aid to its desperate population.

Buses were being sent Friday to multiple Kyiv suburbs to bring people to the capital, where authorities say half of the metropolitan area’s population, or around 2 million, has already fled.

There were also efforts to create new humanitarian corridors around the cities of Kherson in the south, Chernihiv in the north and Kharkiv in the east. Russian forces were blockading Kharkiv and pushing their offensive in the south around three cities and towns, including the hometown of Ukraine’s president, Kryvyi Rih.

ARE MORE SANCTIONS AGAINST RUSSIA HAPPENING?

U.S. President Joe Biden announced an agreement Friday with other nations to revoke Russia’s “most favoured nation” trade status, which would allow for higher tariffs to be imposed on Russian imports.

Western nations have been largely united in punishing Russia economically. 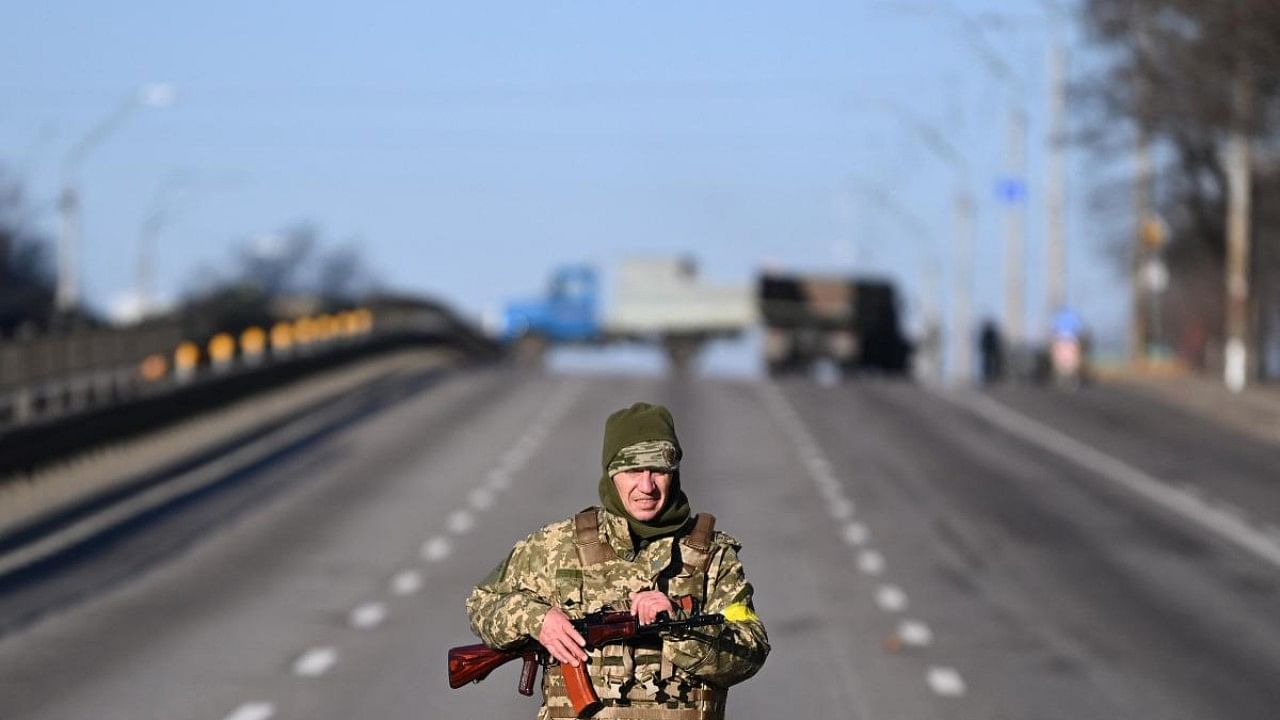 HomeWorldRussia-Ukraine War: Key points to about the ongoing conflict