HomeWorldQueen Elizabeth II passes away: After a lifetime of preparation, Charles becomes the King; all you need to know about him

Queen Elizabeth II passes away: After a lifetime of preparation, Charles becomes the King; all you need to know about him

The development followed immediately upon his mother Queen Elizabeth II, 96, passed away after being monarch since 1952 - which surpassed Queen Victoria's 63-year reign. Victoria ruled up to 1901.

Queen Elizabeth II passes away: After a lifetime of preparation, Charles becomes the King; all you need to know about him | Photo by Leon Neal / POOL / AFP

Prince Charles, 73, who had been heir to the crown for 70 years -- the longest in the country's history -- has ascended the British throne.

Charles to be known as King Charles III

Charles will be referred to as King Charles III, according to Clarence House. The new monarch, whose full name is Charles Philip Arthur George, had a choice of names.

The development followed immediately upon his mother Queen Elizabeth II, 96, passed away after being monarch since 1952 - which surpassed Queen Victoria's 63-year reign. Victoria ruled up to 1901.

Elizabeth was also Queen of Canada, Australia and New Zealand, among other territories.

"The Queen is dead. Long live the King." This has been the British tradition for centuries, though there is still the matter of an official coronation to consummate the ascension.

Elizabeth breathed her last at Balmoral Castle in Scotland, one of her four 'royal' residences and possibly her favourite. Her family from near and afar had gathered there to be at her side in her final moments.

Apart from Charles, his elder son William, now next in succession, Charles' sister Anne, brothers Andrew and Edward and his wife Camilla were present.

William's younger brother Harry, who now lives in the United States, was to attend a function in London, but cancelled his appearance to join the rest of the family at Balmoral. It was unclear whether his wife Meghan accompanied him. The couple have been estranged from their relatives for some time.

Elizabeth was extraordinarily popular among her people and therefore widely accepted and respected by them. This rendered the British monarchy conceptually popular as well as opposed to republicanism.

The same cannot arguably be said of Charles, although he will now have an opportunity to prove himself and gain greater confidence of British citizens.

A YouGov poll put Charles' popularity with the British people at 42 per cent, with 24 per cent disliking him and 30 per cent being neutral. He has been a tireless campaigner for the environment for decades, from much before it became fashionable to talk about it. He also values organic food and classical architecture.

A question would arise as to whether Charles should automatically become head of the Commonwealth. But this was effectively decided by leaders of the 53-nation organisation, including India's endorsement of this move. He has in fact been officiating on Elizabeth's behalf at Commonwealth Heads of Government Meetings, including the summit held earlier this year in Rwanda.

When Elizabeth's father George VI died in 1952, it was by no means cast in stone that she would step into her father's role in the Commonwealth sphere. The appointment of George as head of the Commonwealth was for his lifetime only. 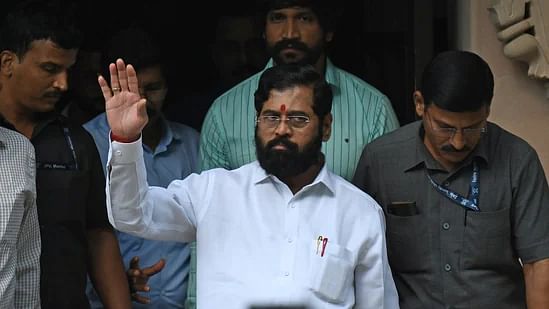