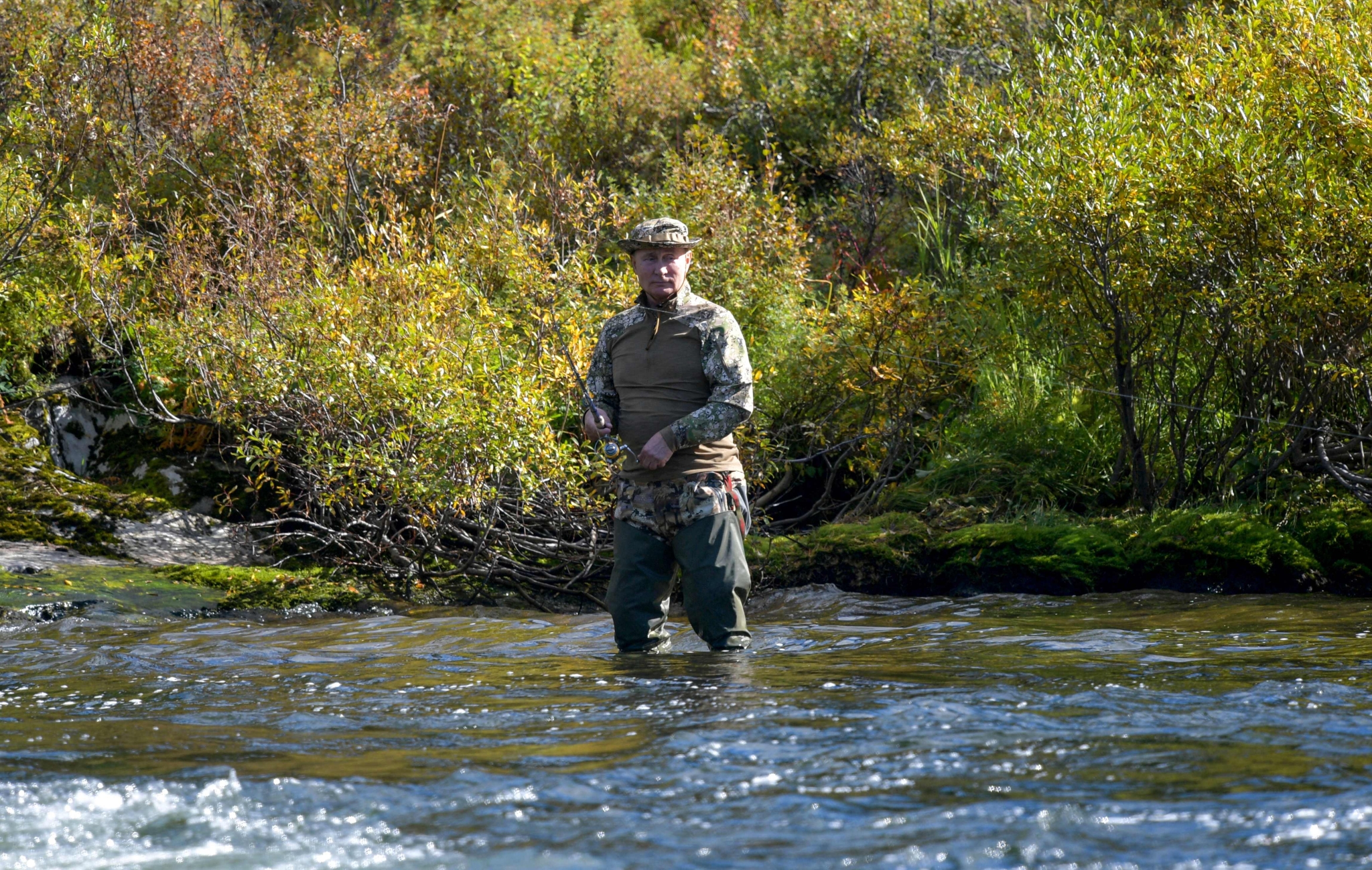 After completing his working trip to Primorye and the Amur Region, Vladimir Putin stopped in Siberia for a few days, where he spent a short vacation. | AFP

Russian President Vladimir Putin has spent several days on holiday in Siberia where he was hiking and fishing, the Kremlin said on Sunday, following a short spell in self-isolation as a precautionary measure against COVID-19.

Putin said in the middle of September he would have to spend "a few days" in self-isolation after dozens of people in his entourage fell ill with COVID-19.

He had to cancel his trip to Tajikistan for a security summit.

Putin has cultivated a macho image, appealing to many Russians, and has previously been pictured riding a horse bare-chested and in sunglasses, as well as carrying a hunting rifle and piloting a fighter jet.

This time, his outings were more mundane.

The Kremlin published 20 photos of Putin standing in a river and catching a fish, walking through lush meadows and talking to Defence Minister Sergei Shoigu, his usual holiday companion.

Russian President Vladimir , 68, has had two shots of Russia's Sputnik V vaccine. The Kremlin has said he was feeling healthy.