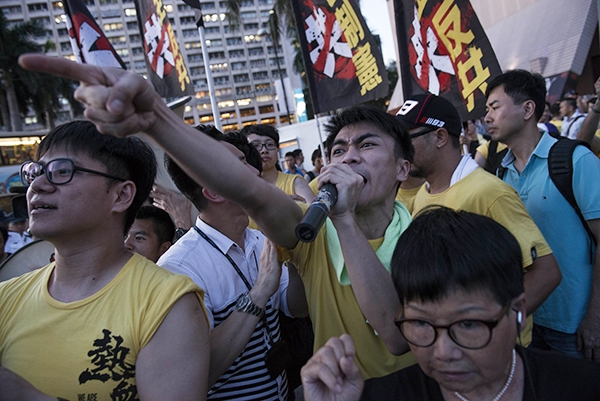 Hong Kong: A firebrand pro-Beijing politician in Hong Kong was wounded in a knife attack on Wednesday, the latest tit-for-tat political violence to break out in a city engulfed by seething pro-democracy protests.

The stabbing came as the city's unpopular leader Carrie Lam said her resolve to crack down on the protesters had been bolstered by a recent meeting with Chinese President Xi Jinping.

The international finance hub has been convulsed by five months of huge and increasingly violent protests calling for greater democratic freedoms and police accountability.

With Beijing and Lam refusing to offer a political solution to the protesters' grievances, violence has spiralled on both sides of the ideological divide.

In the latest incident a man holding a bouquet approached pro-Beijing lawmaker Junius Ho on Wednesday morning as the politician was campaigning in his constituency of Tuen Mun, a town on the outskirts of Hong Kong near the border with China.

Footage posted online showed the man handing Ho the flowers and asking for a picture. He then pulled a knife from his bag before striking his victim in the chest.

Police said three people were wounded in the incident, including the attacker, who was subdued by Ho's aides as he shouted in Cantonese: "Junius Ho, you scum!" A police source, who declined to be named, told AFP that Ho received a stab wound to the left side of his chest and the attacker was arrested.