The rally by Prachanda's supporters came two days after pro-govt students chanting slogans like "We love KP Oli", "Oli is our hero" staged a massive show of strength in Kathmandu in favour of Oli
PTI 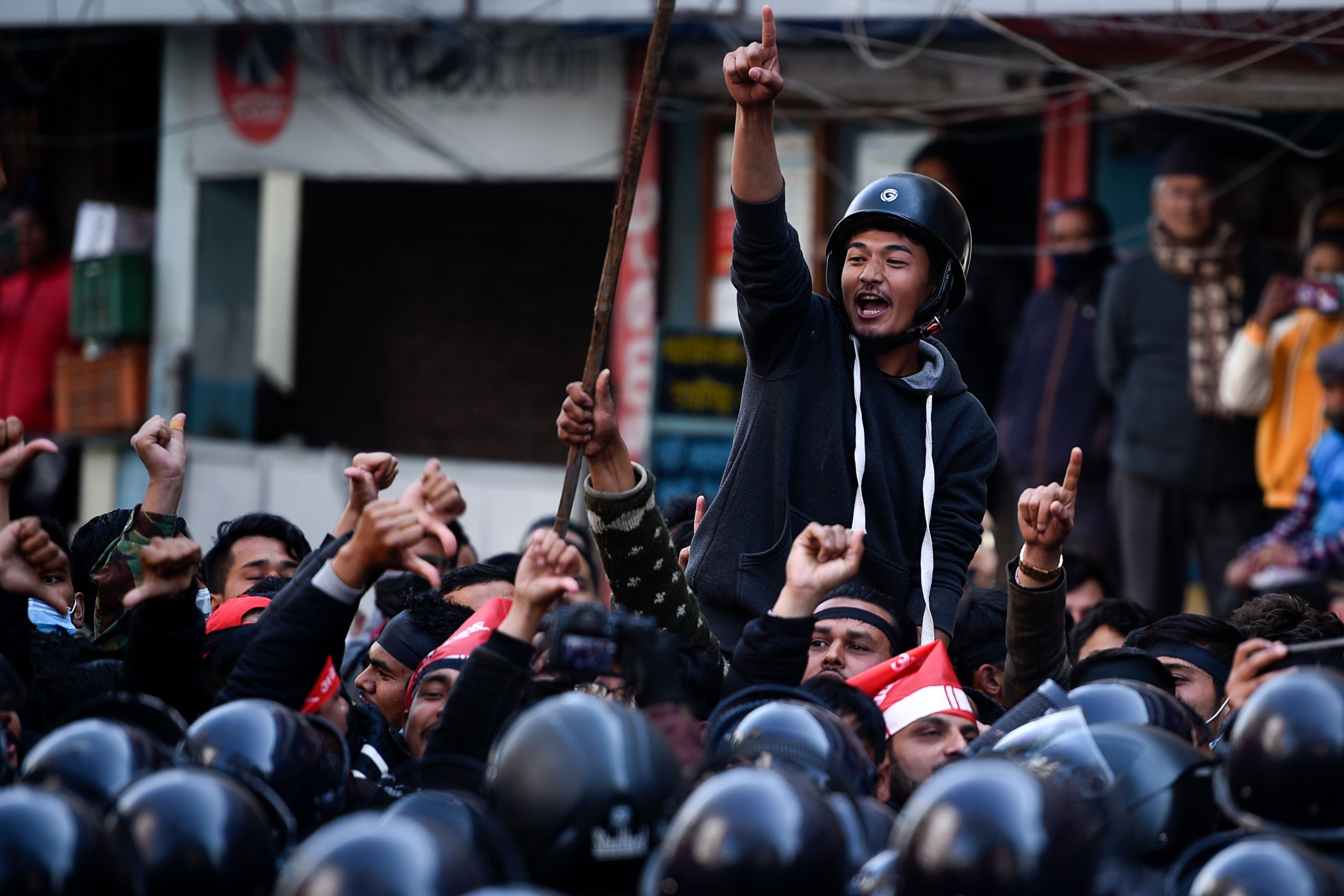 Protesters from the faction of the ruling Nepal Communist Party (NCP) chant slogans during a protest against the dissolution of the country's parliament, in Kathmandu on February 7, 2021. | AFP

The rally by Prachanda's supporters came two days after pro-govt students chanting slogans like "We love KP Oli", "Oli is our hero" staged a massive show of strength in Kathmandu in favour of Oli.

Supporters of Prachanda on Sunday shouted slogans like "We hate you K P Oli" and "We hate KP Oli for taking the country towards the path of regression by dissolving the House of Representatives".

The rally was part of the phase-wise anti-government agitation led by Prachanda and Madhav Kumar Nepal against the prime minister's controversial decision to dissolve Parliament on December 20 and hold new elections on April 30 and May 10.

The ruling NCP has been witnessing months-long tussle between two factions, one led by 68-year-old Oli and Party's chairman and another led by 66-year-old "Prachanda", also the executive chair of the party and former premier.

Defending his move to dissolve Parliament, Oli said some leaders tried to obstruct the functioning of his government and he had no other alternative other than seeking a fresh mandate.

The ruling NCP has split over Oli's call for a new Parliament to be elected more than a year ahead of schedule.

Both Oli and the rival group claim to control the Nepal Communist Party and the issue is being disputed at the Election Commission. The rival faction even announced that it had ousted Oli from the party at a meeting last month.