Increasing air pollution and smog have forced authorities to order a partial closure of schools in Lahore, once known as the city of gardens.
Associated Press 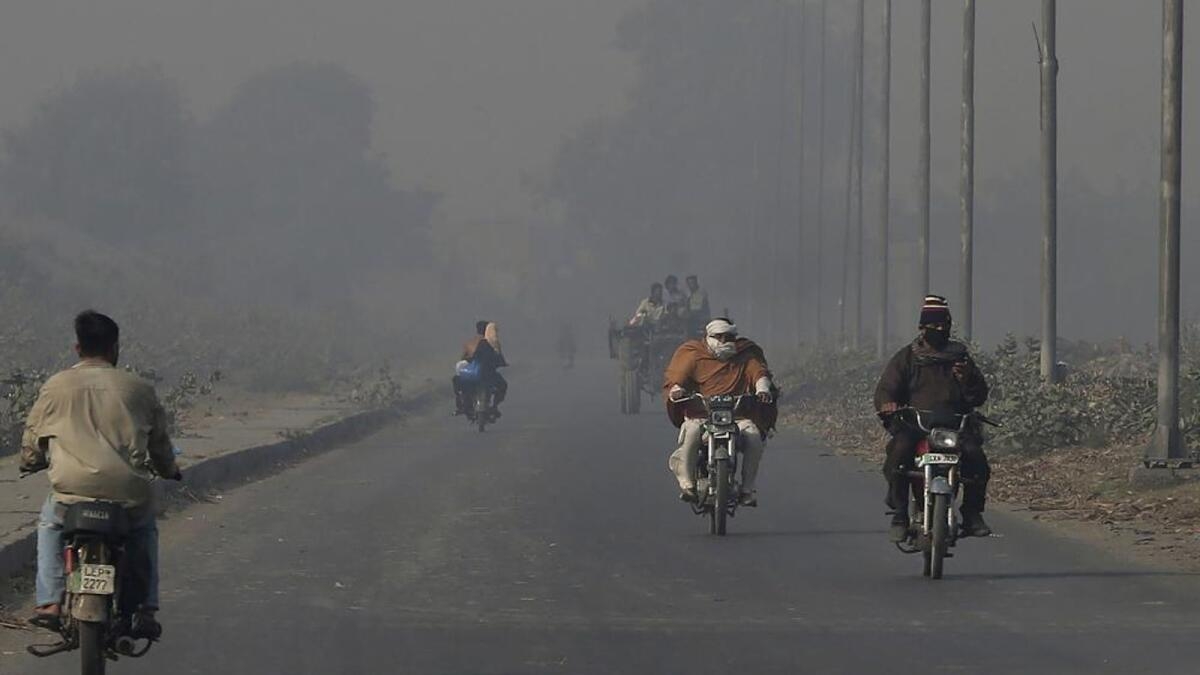 The bad air has sickened hundreds with respiratory and other illnesses. Lahore ranked third behind Dhaka, the capital of Bangladesh, and Mongolia's capital Ulaanbaatar on the pollution index, according to Switzerland-based air quality information platform IQAir.

Increasing air pollution and smog have forced authorities to order a partial closure of schools in Lahore, once known as the city of gardens. Authorities said they closed some factories and some were fined for not using technology that helps in controlling pollution.

Doctors are advising people to wear face masks to avoid respiratory-related diseases. Rafeh Alam, an environmental expert who has been campaigning to create awareness among people about the dangers of increasing pollution, said many people, including women and children, have been exposed to toxic air, which causes several diseases. He urged the government to take measures to reduce air pollution.

Adding to vehicle and industry pollution is the popular practice among poor Pakistani farmers of setting fire to remnants of the previous season's crop before preparing land for the next planting. Winds worsen the pollution by further spreading smog across the region. Air Pollution crisis: This city in Bihar recorded worst AQI in past 24 hours