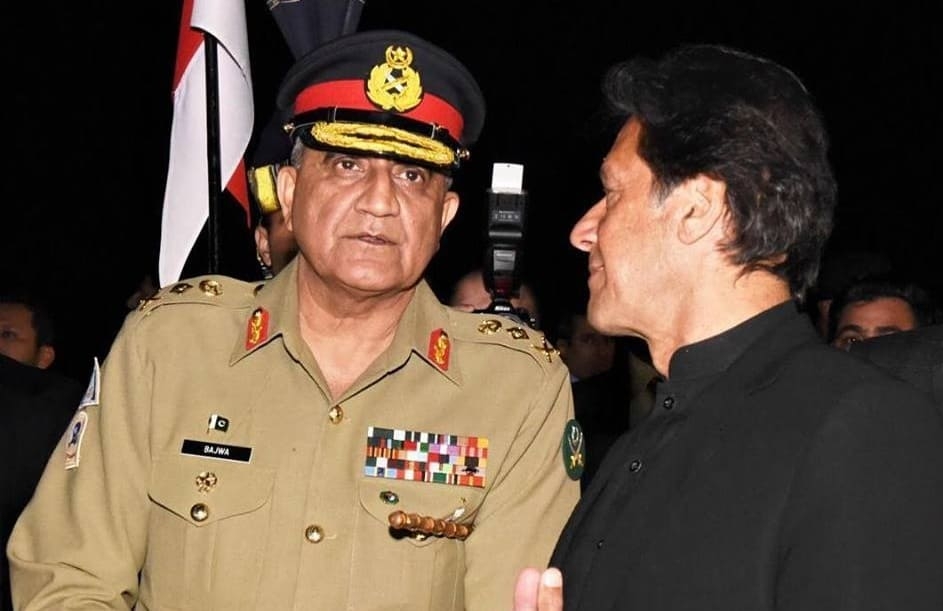 ISLAMABAD: Pakistan Prime Minister Imran Khan and Pakistan Army Chief Gen Qamar Javed Bajwa are seemingly not on the same page on the matter of appointment of the new ISI chief.

What is normally a hush-hush affair has become a talking point on social media, largely because of the the delay by the PMO in issuing a notification on the appointment of the incoming ISI DG, Lt Gen Nadeem Ahmad Anjum.

It is understood that in a meeting late Monday night, General Bajwa told Imran that he cannot exceed his brief by interfering in military matters.

The bone of contention was the outgoing ISI chief Lt General Faiz Hameed whom Imran wanted to retain; General Bajwa was ready to give Hameed an extension till November 15 but not beyond. The grapevine has it that Bajwa told Khan that just because he had a good rapport with Hameed was not a good enough reason for ‘retaining him forever.’

According to a Pakistan publication Friday Times, Khan has voiced his displeasure as he was not taken on board when a decision was taken to change the Director General of ISI. Senior journalist Najam Sethi said on a TV show that the prime minister's position on the matter has led to a standoff, which is why the notification has not been signed.

Media sources also said Khan wants ISI to be a corps in the Army rather than a power centre outside its fold with very little accountability.

At a press briefing in Islamabad after the Cabinet meeting, Federal Minister for Information and Broadcasting, Fawad Chaudhry, tried to downplay the differences. He insisted that Imran and Bajwa had an "ideal" civil-military relationship and they both never do anything to ‘disrespect’ each other.

The minister said the authority to appoint the ISI DG "lies with the Prime Minister", and that the set procedure would be followed for the purpose.

In recent days, Islamabad has been gripped with feverish speculation about the delay; according to sources, the Pakistan PM took the cabinet members into confidence over the issue. They said the premier told them that there have been attempts to give the matter a wrong spin by the media.

Imran Khan assured the cabinet that all the people concerned "are on the same page" and that the appointment will be finalised "amicably".