One man – carrier of the super virus

A total of 11 Britons in England, France, Spain are believed to have caught the infection from the businessman.

Briton Steve Walsh is confirmed to have contracted the 2019-nCoV strain of coronavirus. | AFP

The Brighton coronavirus ‘super-spreader’ who infected at least 11 Britons is a 53-year-old scout leader and family man who has already beaten the deadly virus in five days, reports The Daily Mail

Father-of-two Steve Walsh is in quarantine in a London hospital after picking up the disease at a Singapore gas conference at the end of last month and coming home to Hove via a skiing holiday in the Alps, according to Daily Mail.

A British businessman may have unwittingly spread the new strain of coronavirus to at least 11 people in three European countries in the course of his travels, as per public Health Authorities and accounts in British media. The British national works for the gas analysis company Servomex, and was one of the first people from the country to test positive for the virus, the Washington Post reported, citing British media.

As per the details in a report by the Guardian, the man travelled to Singapore on a three-day business trip on January 20, where he is thought to have contracted the virus. From Singapore, he reportedly stopped at a ski resort near Mont Blanc in French Alps. According to the French Health Ministry, five British citizens, including a 9-year-old, also stayed at the chalet and have been tested positive for the virus. 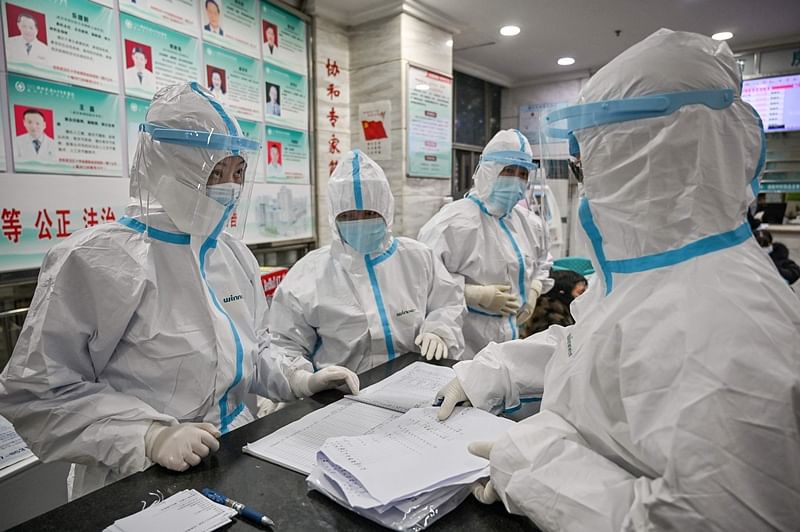 From France, the businessman traveled to Geneva, where he took a flight to London’s Gatwick Airport on January 28. Nearly 200 people were on board the plane.

A total of 11 Britons in England, France, Spain are believed to have caught the infection from the businessman. Authorities in the UK and other countries are now getting in touch with those who may have come into close contact with the businessman during the course of his travels. Researchers say that the incubation period for the virus can last from about three to 14 days. The case of the British national has prompted concerns about the danger posed by so-called superspreaders those who play an outsize role in transmitting the infection.

Coronavirus first originated in China in December last year where it has killed over a thousand people, while cases have been registered in several countries across the world, including India.

Meanwhile, The head of the World Health Organisation on Tuesday warned the novel coronavirus was a “very grave threat” for the world as he opened a conference to combat the epidemic.

“With 99% of cases in China, this remains very much an emergency for that country, but one that holds a very grave threat for the rest of the world,” Tedros Adhanom Ghebreyesus said in Geneva. “What matters most is stopping the outbreak and saving lives. With your support, that's what we can do together,” Tedros said.

Meanwhile, Taiwan on Tuesday hit out at countries that “confuse” it with China after the Philippines became the latest to impose a travel ban on the island over the deadly coronavirus outbreak.

Despite its cultural links and close proximity to China, Taiwan moved swiftly against the outbreak and currently has just 18 confirmed cases of the new virus.